Yashoda New Look: Samantha seen in the crowd with bruises on her face, new look of the actress released from ‘Yashoda’

These days South Movies are getting more craze than Bollywood movies. Movies like ‘Pushpa’, ‘KGF 2’ and ‘RRR’ have been dominated in theaters. After this, the film ‘Liger’ was released recently. However, it did not get much response from the audience. People said that it has been made in Bollywood style. In this episode, her new look has been released from actress Samantha Ruth Prabhu’s most awaited film ‘Yashoda’, seeing that you will remember the look of ‘The Family Man 2’. .

It is being seen in Samantha’s new look released from the film ‘Yashoda’ that the actress has a lot of bruises on her face and is seen in a crowd of people. Another thing worth seeing in the poster is that only and only women are seen around them. Samantha is getting to see a very dashing style in it, which is creating excitement for the film to the fans. One thing is clear from the poster that the actress is going to do an action sequence in it and her look shown in the poster is of an action sequence in the film. In this, she is also seen very angry. 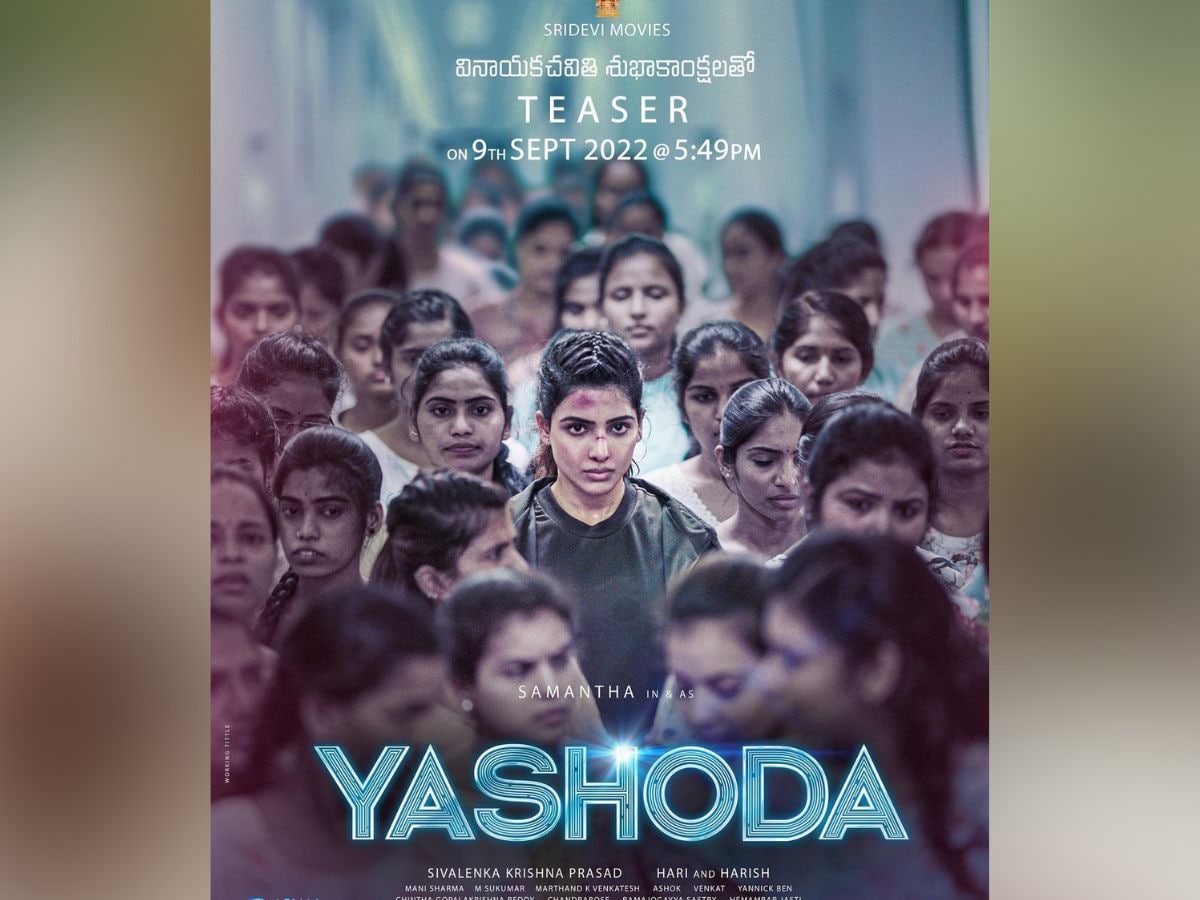 Along with sharing the poster, the release date of the teaser video of the film ‘Yashoda’ has also been announced. Its teaser video will be released among the audience on 9 September. It is being directed by Hari-Harish. High action sequence is going to be seen in the film. Its producer is Sivaleka Krishna Prasad. It is being said that the makers are planning a grand release of the film and it will be released in 5 languages ​​under the banner of Sridevi Movies. Along with Samantha, Varalakshmi Sarath Kumar, Unni Mukundan, Rao Ramesh, Murli Sharma, Sampath Raj, Shatru, Madhurima, Kalpika Ganesh, Divya Shripada, Priyanka Sharma and other actors are also going to be seen in important roles in the film.

Apart from this, if we talk about Samantha’s upcoming films, ‘Shaakuntalam’ is one of her upcoming movies. His fans are eagerly waiting for this too. At the same time, the actress is also in a lot of discussion about her Bollywood debut. The actress was last seen in Allu Arjun’s film ‘Pushpa’, in which she gave a great performance on the song ‘Oo Antava’. It was the item song of the film and the actress had garnered a lot of limelight by spreading her looks and beauty.