Yami Gautam is ‘Koshur Kur’ for Aditya Dhar, the director wished in a beautiful way on his wife’s birthday

Mumbai. Today is the birthday of Yami Gautam Birthday. She is celebrating her 34th birthday today. On this occasion, her husband and ‘Uri: The Surgical Strike’ fame director Aditya Dhar has wished Yami a happy birthday by sharing beautiful pictures. Along with this, he has also written a beautiful note. In his note, he has described Yami as his biggest support and encouraging woman. He sent lots of love and happiness to wife Yami through social media. He also described Yami as a beautiful Kashmiri woman.

Actually, in the pictures shared by Aditya Dhar, Yami can be seen in a Kashmir maroon outfit. Yami is seen laughing out loud in both these pictures. Sharing these pictures, Aditya wrote, “For my biggest cheerleader. On your special day, I am here sending you lots of love, luck, hugs and kisses. Aditya Dhar further wrote, “Happy birthday Yami… You are an amazing koshur koor!” Please tell, Koshur Kur is called a Kashmiri girl or woman. Aditya has included laughing, kissing and heart emojis in his post. This post of Aditya is going viral very fast. Fans are also commenting and congratulating Yami on her birthday. Along with this, people are also praising her beauty. 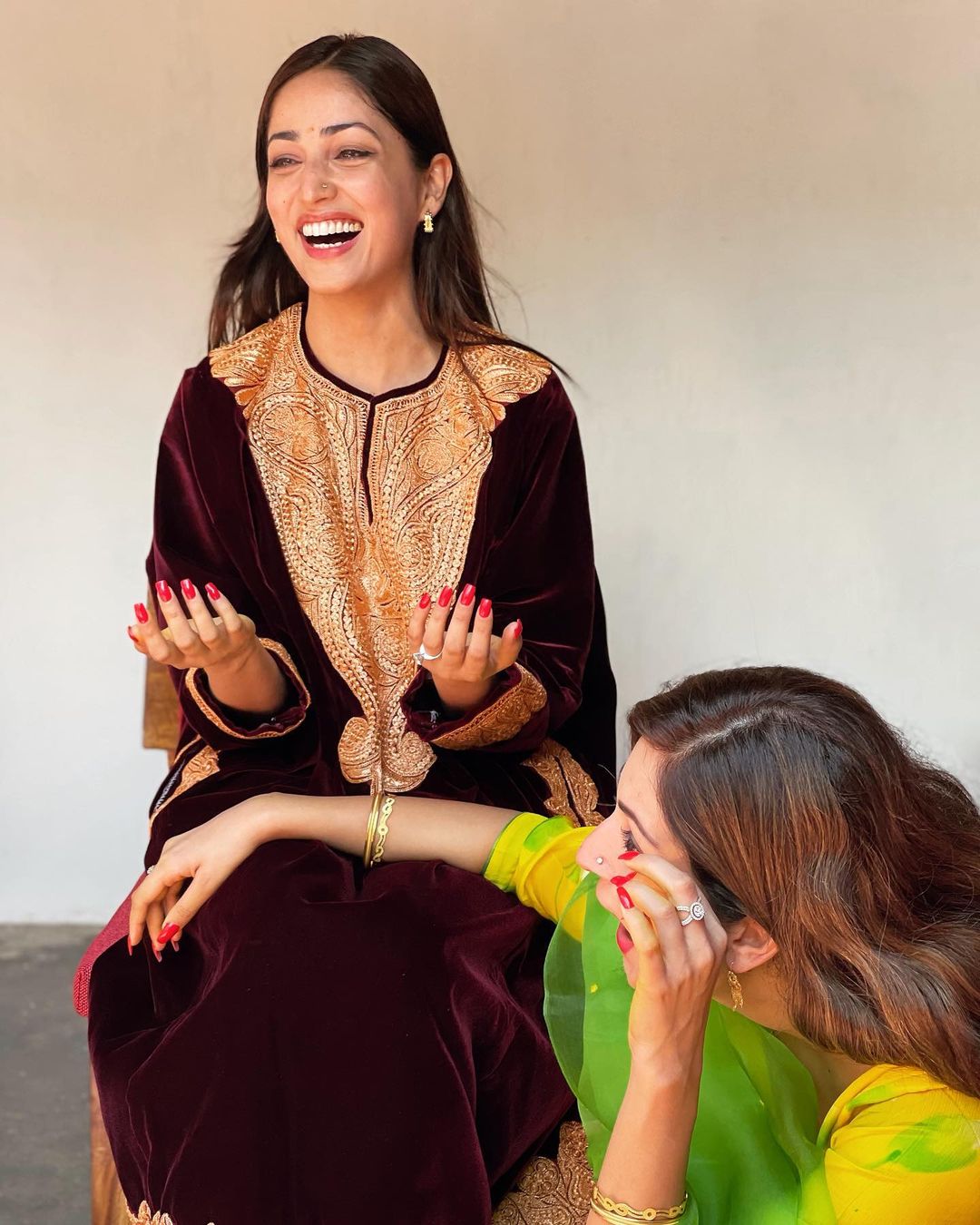 Yami Gautam and Aditya Dhar got married secretly on June 4 last year. People were surprised by sharing the pictures after both the weddings. Both were married in the traditional way of Himachal. Both wanted that the privacy of their marriage should be maintained. That’s why he didn’t let anyone even get a clue of it.

Friendship on the sets of ‘Uri: The Surgical Strike’

The love between Yami Gautam and Aditya Dhar started on the sets of the film ‘Uri: The Surgical Strike’. Aditya was the director of this film and Yami Gautam was playing an important role in it. Both of them started talking on the set itself and during the shooting and later during the promotion, the friendship of both of them kept getting deeper. When both of them fell in love, they could not even know about it.