Why is #BoycottAliaBhatt trending? Ahead of the release of Alia Bhatt’s Darlings

After Aamir Khan’s ‘Laal Singh Chaddha’, netizens are boycotting Alia Bhatt’s upcoming film ‘Darlings’. Boycott Alia Bhatt (#BoycottAliaBhatt) is trending on Twitter. Alia’s film ‘Darlings’ is going to be released on Netflix tomorrow i.e. on August 5. Just a day before the release of the film, what happened after all that people are protesting on social media. If you also want to know the reason behind the trend of #BoycottAliaBhat, then we tell you what is the reason.

The demand to boycott Alia Bhatt is actually rising because people say that domestic violence against men is being promoted in the film ‘Darlings’, which is wrong. The trailer of the film was released recently, in which it is shown that Alia kills her husband while taking revenge, after which netizens are demanding a boycott by accusing her of domestic violence.

One Twitter user wrote – Everyone should #BoycottAliaBhatt for making a misunderstanding film like ‘Darlings’. Domestic violence against men is a joke for Bollywood. pathetic.’ 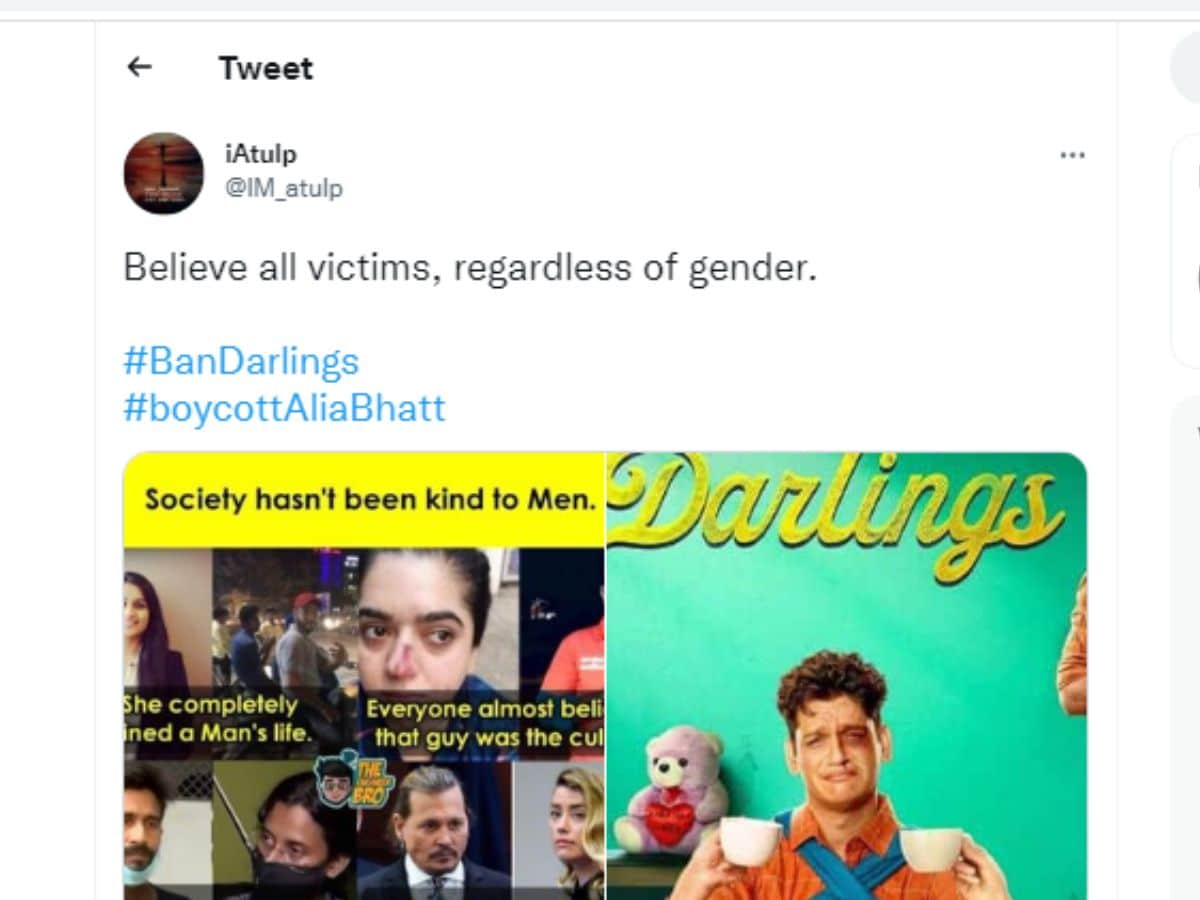 Another user wrote- ‘We will not tolerate domestic violence against men. DV against men is no joke. Another user wrote #BoycottAliaBhatt who is promoting DV on men. Imagine if the gender had changed!

#BoycottAliaBhatt who is endorsing DV on Men.

Imagine if the genders were reversed! pic.twitter.com/OK4EDAe3pS

Another user wrote, Alia Bhatt not only acted in #Darlings, but she also produced it. He produced a film that entertained the torture of men by women.