Bhojpuri cinema’s action hero Pradeep Pandey Chintu is very active on social media along with films. He keeps sharing videos and photos related to himself with the fans. He also keeps sharing pictures and videos on Instagram about his upcoming movies. In such a situation, now the actor has shared a new video of himself with Bhojpuri Villain Sanjay Pandey. It is getting to be seen in this that they are calling the girls cheaters. This video of her is being liked a lot and her video has got to see a tremendous reaction of roomy girlfriend and Bhojpuri actress Kajal Raghwani.

Pradeep Pandey Chintu is in a lot of discussion about his films as well as personal life. These days he is in discussion about the news of affair with Bhojpuri actress Kajal Raghavani (Pradeep Pandey Chintu-Kajal Raghwani Affair). Both are also working together in many films continuously. After separating from Khesari, there has been a lot of closeness between the actress and Chintu Pandey. In such a situation, now Chintu has called the girls cheaters and on this too Kajal’s reaction has been found to be seen. If we talk about the video, then it can be seen in it that Sanjay tells Chintu that ‘Kya Bhai Suna Hai Tera breakup has happened.’ After this Chintu angrily says that ‘Don’t take the name in front of me, man that cheater’. Then Sanjay says that ‘What happened with someone else, did you catch him?’. After this again Pradeep replies that ‘No man, he caught me with someone else.’

The funny thing about this is that Sanjay Pandey gets confused and asks, ‘Brother, how did she lie in this.’ So Chintu then replies that ‘Brother she told me that I am going out for two days, then came back in a single day. Girls are deceitful man. This very funny video is a reel, in which Chintu Sanjay Pandey is seen together and lipsyncing. It has got more than 19 thousand likes and got to see a lot of funny reactions of people. 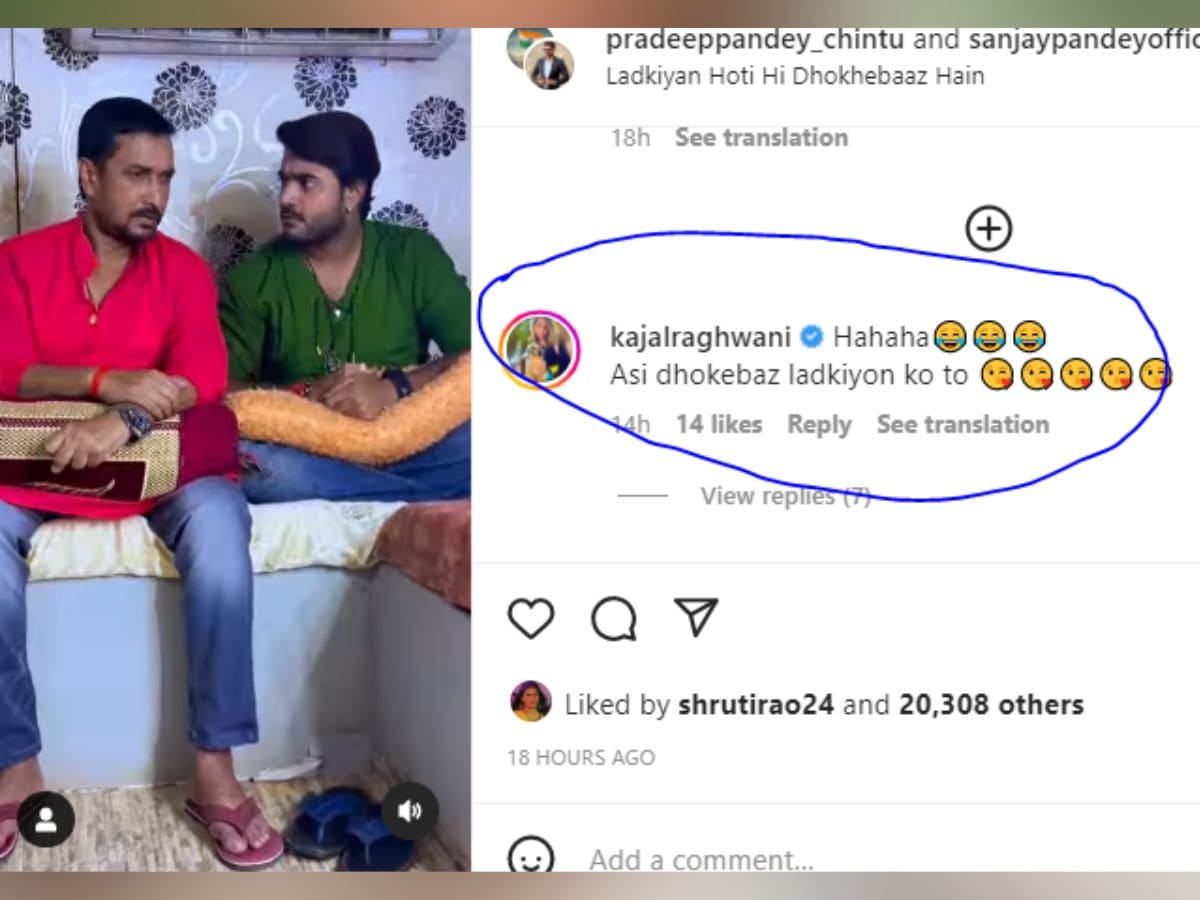 Such is the reaction of roomy girlfriend Kajal Raghavani
On the video of Pradeep Pandey Chintu Rumoured girlfriend, his roomy girlfriend and Bhojpuri actress Kajal Raghavani have also got to see a tremendous reaction. He wrote, ‘Hahahahaha…to such deceitful girls ‘. Social media users are very fond of his videos. One wrote, ‘Wrong happened with you’. Another wrote, ‘Wow guru is the wind giving great knowledge’. The third wrote, ‘Not all girls are cheaters’. Similarly, people are commenting fiercely on his videos. Their video is going viral.