This girl looking like Taimur Ali Khan is a Bollywood star today, did you recognize it?

bollywood stars The personal life of (Bollywood Stars) has always been arousing curiosity in the audience. Viewers have always been interested to know how their stars looked like in childhood. Many times the actors themselves woo the fans by sharing their childhood pictures on social media, sometimes their fans do so.

Now a childhood picture of a Bollywood star is doing the rounds on the internet, which at first glance looks like a picture of Taimur Ali Khan, the elder son of Kareena Kapoor. Netizens are trying to tell by commenting on the photo, which Bollywood star’s picture is this, but let us tell you that this little girl is the emerging actress of Bollywood today who remains in the headlines due to her style. 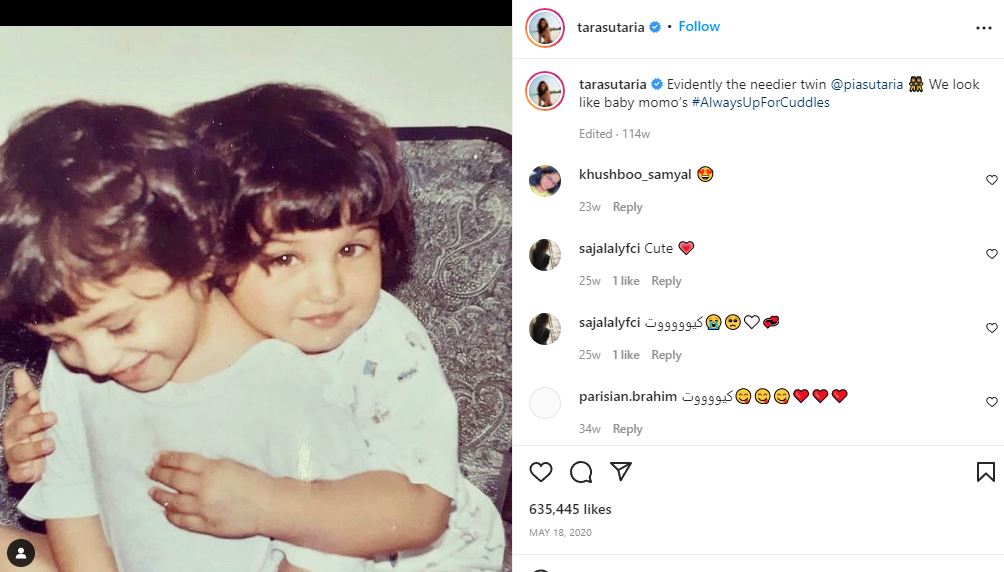 Can become daughter-in-law of Kapoor family
It has not been long for this actress to debut in Bollywood, but she has become popular in a very short time. She keeps attracting the attention of netizens with her beauty. There is a great possibility that this actress will become the daughter-in-law of the Kapoor family. Hope you have guessed right which actress is being talked about here. Tara Sutaria to star in ‘Ek Villain Returns’
This little girl is none other than Tara Sutaria, whose film ‘Ek Villain Returns’ is all set to release on July 29. Tara often shares her childhood pictures on Instagram. According to media reports, she is dating Ranbir Kapoor’s cousin Aadar Jain. The two are often seen together.

Tara Sutaria has a huge fan following on Instagram
Tara Sutaria has appeared in four films so far and often remains in the headlines due to her fashion sense and relationships. Like most actresses, she enjoys spending time on social media. He is followed by 7.9 million people on Instagram alone.