The release date of Amrapali Dubey and Khesari Lal’s ‘Doli Saj Ke Rakhna’ is out, the film is full of comedy and emotional scenes!

Presented by SRK Music Films and produced by Roshan Singh, Sharmila R Singh, the wait of the audience for ‘Doli Saja Ke Rakhna’ is about to end as the release date of this film has been pushed out. The film is going to be released in cinemas across the country next month. Regarding this, the film’s director and writer Rajnish Mishra, along with Khesari Lal Yadav and Amrapali Dubey, held a press conference in Mumbai, they told that the film will be released pan India on 2 September.

The trailer of this film is already out and in the last few years, the trailer of this film has become the highest reviewer. The film is based on the touching relationship of father-son and it is going to make the audience laugh and cry. Actress Amrapali Dubey was very excited about the family drama ‘Doli Saj Ke Rakhna’ and said that ‘this film is very different for me. In this, my character is a bit crooked, when this film will be released. Everyone is going to enjoy seeing then. Amrapali also praised Khesarilal Yadav, Rajnish Mishra and Roshan Singh and said that ‘it was the best team with whom it was a special experience to work. Our film is going to make the audience laugh a lot. Khesari makes everyone laugh on the sets more than he entertains us on screen. This quality of his makes him different. 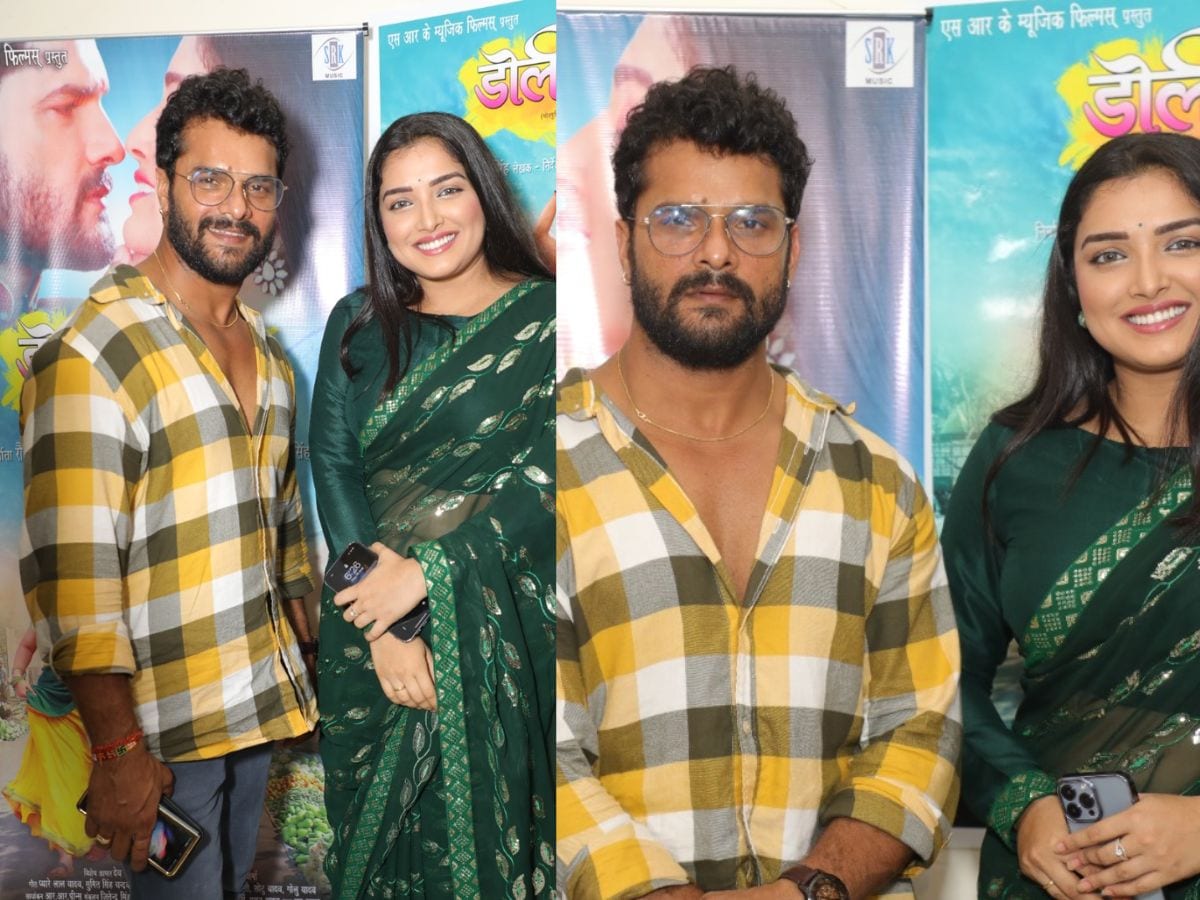 The film will release on this day

Khesarilal Yadav said that ‘Though everyone in the world has many reasons to be upset, but if you make someone laugh then it is comforting. Our film is such, which will have a message along with entertainment. That’s why all of you will be requested that on September 2, you must definitely watch our film by going to the cinema halls. We express our gratitude to the producer and director for coming up with such a good film. When the audience will promote good films, only then the makers will bring more and more good films. That’s why I always work by giving priority to the story and concept of the film.

Producer Roshan Singh and director Rajnish Mishra said that the pairing of Khesarilal Yadav and Amrapali Dubey is looking fabulous in the film Doli Saj Ke Rakhna. Everyone saw the trailer, which would have given an idea of ​​how great the film is going to be. Our endeavor has always been for meaningful cinema, it has got immense support from Roshan Singh, then only such a good film has been possible and is ready for release today. Nishant Ujjwal of Renu Vijay Films is releasing this film in all theatres. Hope the audience will like this film very much.