Tabu and Ajay Devgan came together for the ninth time, the actress shared a picture from the sets of the film ‘Bhola’

Tabu She is a brilliant actress, who has given many hits to Bollywood for almost 4 decades. The actress’s upcoming film is ‘Bhola’, who has proved her mettle by working in many social films as a serious actress. The shooting of this film is over, Ajay Devgn is with him in this film. With this, the pair of Tabu and Ajay is going to be seen once again on the screen in a strong style. The actress has given an information about the end of the shooting of the film by sharing a post.

Tabu shared a picture from the shooting set of the film ‘Bhola’ on Instagram and also told that this is her ninth film with Ajay Devgan. Tabu has shared a picture of the film in which she is seen with Ajay. Ajay is showing them something while the actress standing behind is seen giving a smile. With this it was written in the caption ‘Look, we have completed our ninth film together’. 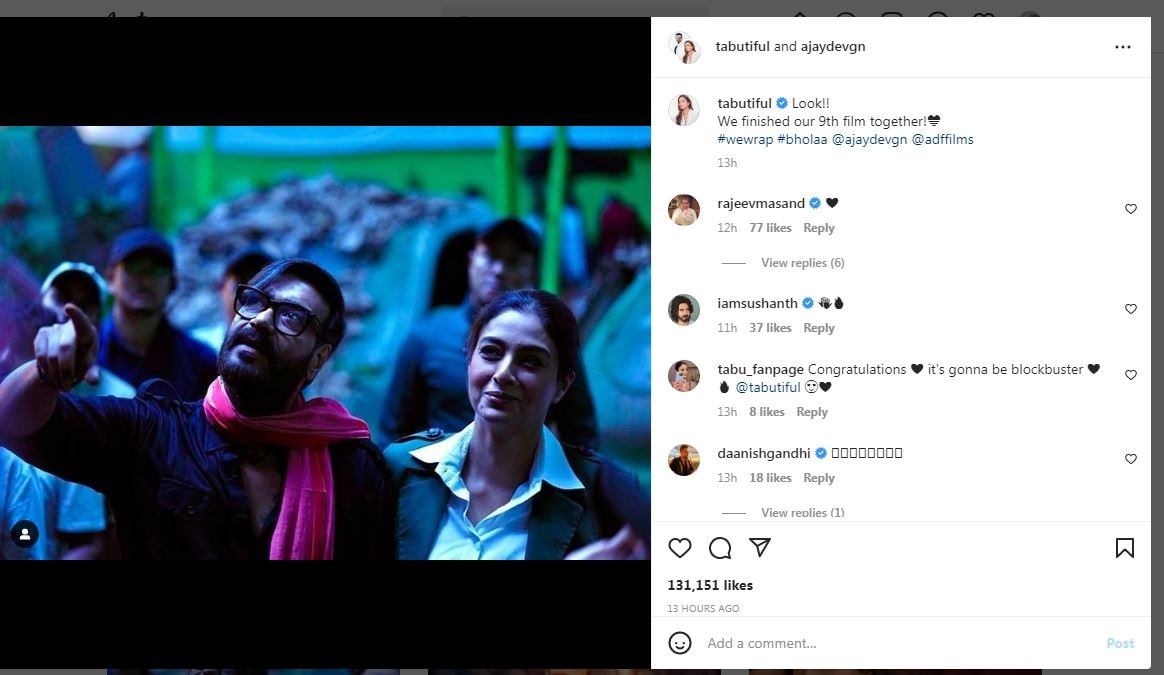 Reacting fiercely to this picture, the fans have started waiting to see the film. One wrote ‘Drishyam Jodi Phir Aa Rahi Hai’, while many have started calling this film a blockbuster from now on.

Let us tell you that (Bhola) is the fourth film to be made under the direction of Ajay Devgan. Ajay and Tabu have worked together in films like ‘Vijaypath’, ‘Haqeeqat’, ‘Takshak’, ‘Drishyam’, ‘Golmaal Again’, ‘De De Pyaar De’. Now in ‘Bhola’ once again this pair is going to create panic. While Ajay is in the role of Bhola in this film, Tabu is in the role of a police officer.

Tabu’s stunt will be seen in ‘Bhola’
Recently, Tabu got injured while doing stunts during the shooting. Tabu was hit on the forehead above the eye. Tabu and Ajay’s spectacular stunts will also be seen in this film. Apart from ‘Bhola’, Tabu and Ajay are together in ‘Drishyam 2’, which is scheduled to release on November 18. This film has been directed by Abhishek Pathak.