All the comments like ‘Face is not worth showing’, ‘Show face and face’ have now become normal for Raj Kundra. Because, whenever any of his video or picture comes out, users keep targeting him through such comments. Because of this, he distanced himself from social media, but came live on Twitter on Tuesday, and also answered every question of the users.

So let’s take a look at the users’ questions and Raj Kundra’s answers…. At the same time, another user tweeted and asked, ‘Are you and Shilpa still together?’, in response to this tweet, Raj Kundra wrote, ‘Haha love this question. Love is not an action and cannot be staged. Don’t forget to wish us on our 13th anniversary on 22nd November.’ After this, another user tweeted Raj Kundra and asked- ‘When will I remove my mask, not as a troller but as a fan.’ On this, Raj wrote, ‘I do not wear my mask for friends and fans. I wear it for the media, that’s all they will get from now on.’ 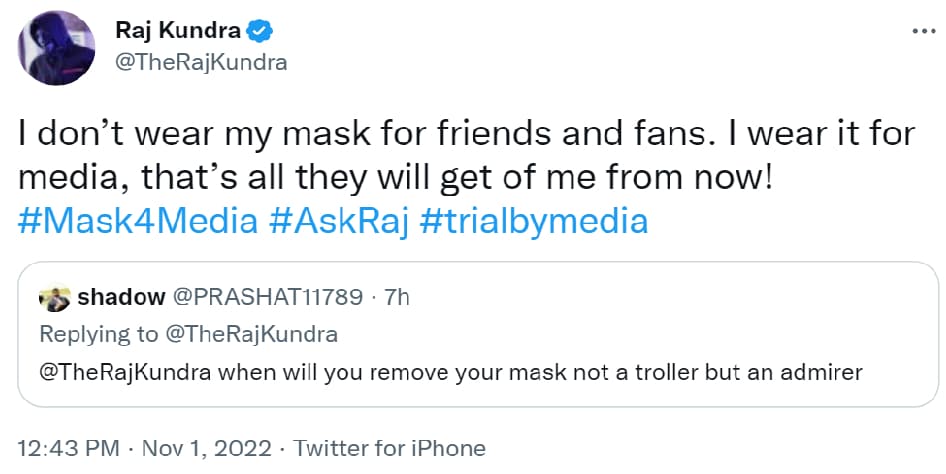