Mumbai. Shah Rukh Khan And it was a big deal for his family when his darling Aryan Khan announced that he would soon be making his Bollywood debut not as an actor but as a writer. Aryan made his fans happy by making the announcement through his social account. On the other hand, as soon as Aryan announced, many Bollywood stars including his parents commented congratulating him and expressed their happiness.

Aryan shared a picture which shows the script and a clapboard with “Red Chillies Entertainment” written on it. Sharing his Instagram post, he wrote in the caption, ‘Writing is complete. Can’t wait to say action. Along with this, he also shared the camera emoticon. 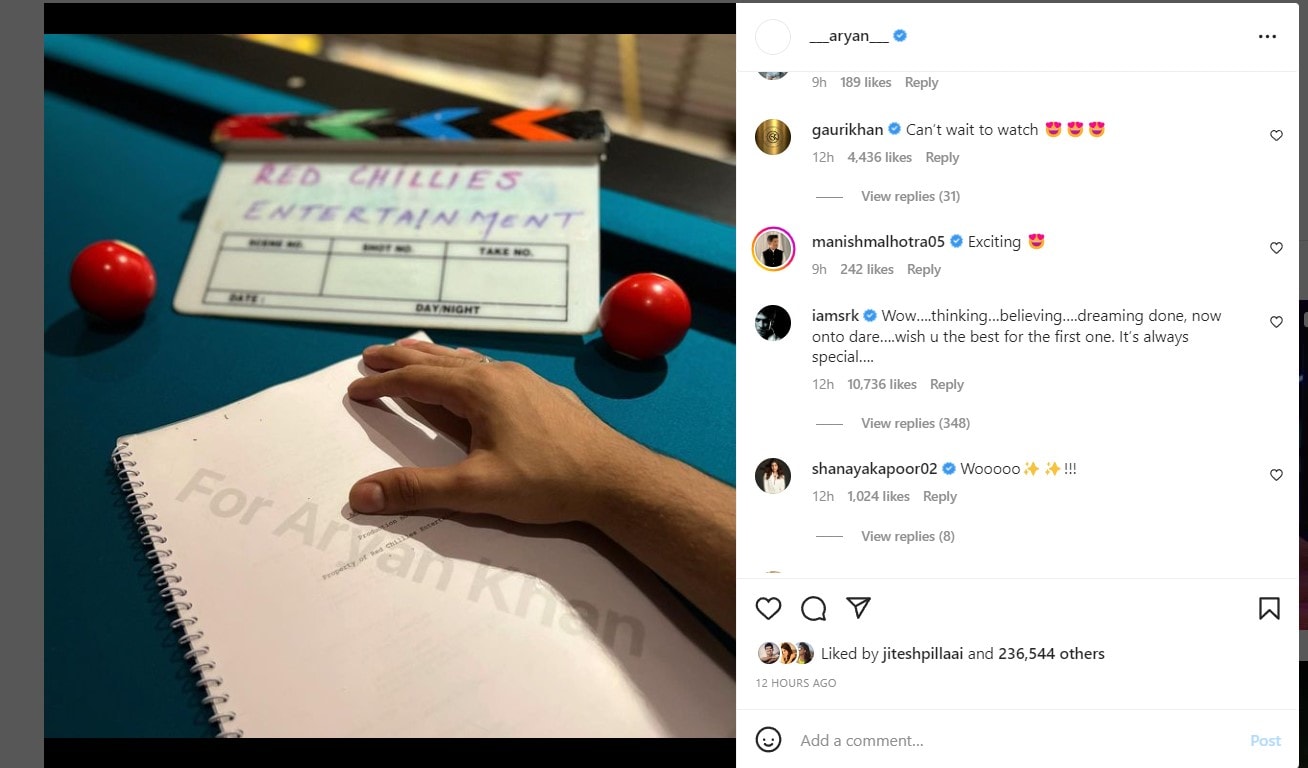 On Aryan’s post, his bestie Shanaya Kapoor wrote, “Woooo” in the comments section with star emoticons. At the same time, actor Sanjay Kapoor also commented by writing all the best while Tara Sharma, Manish Malhotra Karishma Sharma and Alia Bhatt, Katrina Kaif commented congratulating. Along with the stars, the fans are also continuously commenting while expressing their happiness for Aryan. About 250 lakh people have reacted to Aryan’s post within 24 hours.

Shah Rukh Khan to share screen space with Rishabh Shetty in Rohit Shetty’s film? Know what is the truth of these news

Gauri-Shahrukh Khan also commented
tell that Aryan Gauri Khan’s mother wrote heartily with emoticons, ‘Can’t wait to see.’ , Shahrukh Khan He also commented that he is on cloud nine because of his son. Commenting on his son’s post, he wrote, ‘Wow…keep thinking…keep believing…the dream has come true, now dare…best of luck to you for the first one. It’s always special…’

Aryan Khan reacted
The funny thing is that Aryan Khan replied to dad Shah Rukh Khan’s comment and said, “Thank you! Waiting for your sudden arrival on the set. Shahrukh jokingly wrote, “Then the afternoon shift would be better. Not early morning”.