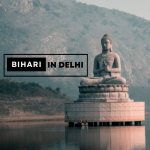 The stage is set for a stormy special session of Maharashtra assembly with former chief minister Uddhav’s Sena and current chief minister Shinde’s Sena ready to lock horns over the selection of new speaker ahead of the trust vote on Monday.

Election for the speaker’s post will be held on Sunday, the first day of the two-day special session of the assembly.

Uddhav Thackeray, who lost his government due to rebellion within the Shiv Sena, is now fighting to keep control over his party in the face of formidable challenge by chief minister Eknath Shinde, the leader of the rebels.

39 out of 55 Shiv Sena MLAs rebelled against Uddhav Thackeray putting a question mark on his authority in the party which was founded by his father Balasaheb Thackeray.

The rebels are back in Mumbai after a 10-day tour of three BJP-ruled states – Gujarat, Assam and Goa.

The rebel MLAs claim they are the real Shiv Sena as they are in a majority in the legislature party. The deputy speaker in the MVA government Narhari Zirwal had initiated disqualification proceedings against 16 rebel Sena MLAs and their matter is pending before the Supreme Court.

The top court had last week extended till July 12 the 48-hour time given to rebel MLAs to reply to disqualification notices issued by Zirwal.

When the assembly convenes tomorrow, the Uddhav camp will argue that the rebel MLAs are bound by its whip and those who do not vote in favour of Salvi will face disqualification.

The Shinde camp, which has a clear majority with the help of BJP and other independent MLAs, will argue that it is not bound by any whip issued by the minority camp.

Cleary, the stage is set for a Sena versus Sena battle on the floor of Maharashtra assembly.

Karthik Aryan’s fan reached the airport with his life-size cut-out, watching the funny video, the actor said – ‘I would have been called’

Karthik Aryan’s fan reached the airport with his life-size cut-out, watching the funny video, the actor said – ‘I would have been called’

This guest was most happy on the engagement of Aamir Khan’s daughter Ayra, Muskan looted her heart, expressed love in a special way