The distance between Shamita Shetty and Raqesh Bapat has increased. These news remained in the headlines for the last several days. There were even reports that the love between the two is now over and both of them have parted ways. Till now both Shamita and Rakesh had remained silent on this matter. But now the news is confirmed that both Rakesh Bapat and Shamita Shetty, who came close to each other from the reality show Bigg Boss OTT, have a breakup. Recently, both of them have clarified (Shamita Shetty and Raqesh Bapat confirms their break up) regarding their relationship. He clearly said that now both of them are not together.

People themselves saw the love between Shamita Shetty and Raqesh Bapat. During Bigg Boss, both openly expressed their love for each other. After the show, both were seen together in many events and parties. But after 1 year, a rift started between the two and the relationship ended. Now Shamita and Rakesh have announced a breakup. Both have given this information by writing a post on social media.

Shamita gave such information to the fans
Shamita wrote on her Insta story, ‘I think it is necessary to clear this…Rakesh and I are not together now…and haven’t been together for a while but this music video is for all the beautiful fans who gave us so much love and support. given support. Keep showering your love on us like this. That is positivity. Love and gratitude to all of you.’ 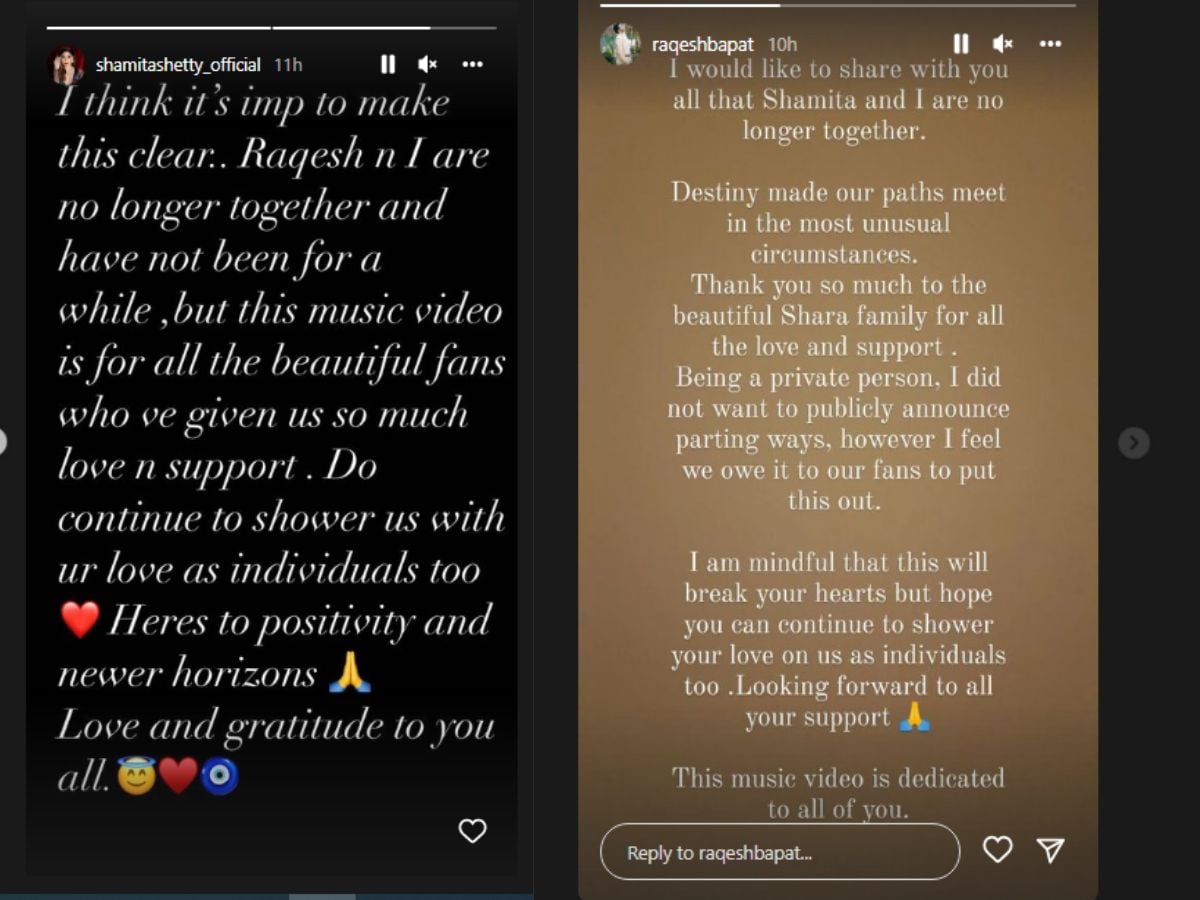 Shamita Shetty and Rakesh Bapat have shared this post.

Rakesh Bapat made it clear by posting
Not only Shamita, Rakesh Bapat shared with fans about THE END of Arne Rishtey. Talking about his breakup on Insta Story, he also wrote- ‘I want to share with you that now Shamita and I are not together. Luck met us in very unusual circumstances. Thank you so much ShaRa family for so much love and support. Being a private person, I did not want to announce publicly that we have separated, although I felt that my fans should be informed about it. I know you will be heartbroken after this news, but I hope you keep on showering love despite your separation. Thank you for your support. This music video is dedicated to all of you.

love started from here
Let us tell you that the fans gave the name #ShaRa after seeing the love of both. In Bigg Boss OTT, both had entered the show as partner and after some time their friendship turned into love. Shamita Shetty also participated in Bigg Boss 15 after this. At the same time, Rakesh Bapat took a wild card entry in the show.