Rishi Kapoor 70th Birth Anniversary: ​​Not only ‘Chintu’, this is also Rishi Kapoor’s nickname, the story behind it is funny

Rishi Kapoor 70th Birth Anniversary: Rishi Kapoor will remain one of the most brilliant actors Bollywood has ever produced. After fighting a two-year battle with leukemia, Rishi Kapoor breathed his last at a hospital in Mumbai. He worked in many films including ‘Bobby’, ‘Chandni’, ‘Nagina’, ‘Prem Rog’, ‘Laila Majnu’, ‘Bol Radha Bol’ and ‘Do Dooni Chaar’. On his birth anniversary, we are telling you about the interesting facts related to his life.

Rishi Kapoor He started his career at the age of three. He appeared on the big screen in the song ‘Pyaar Hua, Iqrar Hua Hai’. After this he worked as a child artist in ‘Mera Naam Joker’ in 1970.

Rishi Kapoor He made his debut as a lead actor in the 1973 film ‘Bobby’ opposite Dimple Kapadia. The film became a cult classic and fans loved Rishi’s character of the romantic chocolate boy. 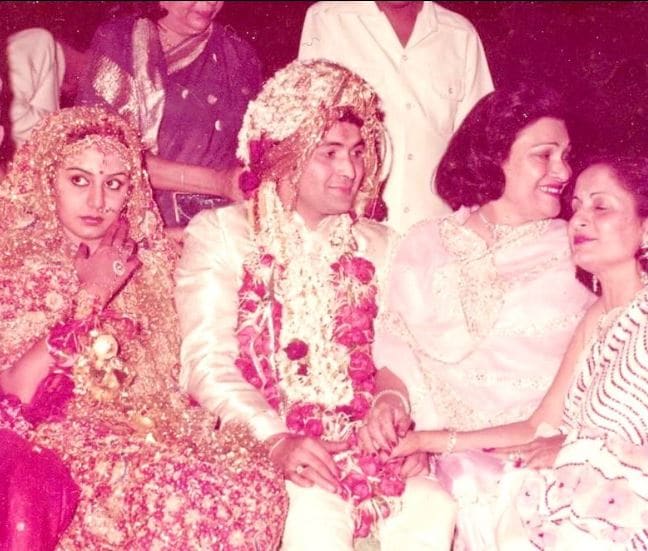 Rishi Kapoor He married actress Neetu Kapoor in the year 1980. He shared screen space with his wife in more than 12 films. These include ‘Amar Akbar Anthony’, ‘Rafoo Chakkar’ and ‘Khel Khel Mein’.

Rishi Kapoor In his illustrious career, he won many awards for his brilliant performances in many films. He was also honored by the Russian government in the year 2009 for his contribution to cinema.

Papa Rishi Kapoor did not like Ranbir Kapoor’s films, used to call his son’s choice, ‘nonsense’

Rishi Kapoor He was fondly called ‘Chintu ji’ by his friends and loved ones. But very few people know that he also has a Nigerian nickname ‘Mass’. The meaning of the name is even more interesting. ‘Mas’ means ‘woman’. And because she was often seen as a woman in many films, she was given the international nickname. Neetu Kapoor and Rishi Kapoor have given many hit films together. (Photo Credits: neetu54/Instagram)

Film Once in ‘Amar Akbar Anthony’ Rishi Kapoor called Neetu Singh by his real name in the film. In the film, Rishi played the character of Akbar Allahabadi while Neetu played the role of Dr. Salma. However, in his introduction scene, Rishi calls Dr. Salma as Neetu. Even the editors could not edit it and this scene is still in the film.

Rishi Kapoor may not be with us today but his memories and work are still fresh in the hearts of the audience.