Rinke Khanna She is the daughter of veteran actor Rajesh Khanna, to get a glimpse of whom girls used to wait for hours. Whose not one but 15 films were consecutive superhits. But alas, Rinki could not do a single hit film in her name. Born on 27 July 1977, Rinke is celebrating her 45th birthday. Today, on her birthday, we tell about the incident of 45 years ago, when her mother Dimple Kapadia was suffering from mental confusion and she came to know that she is pregnant for the second time.

Twinkle Khanna, the first child of Rajesh Khanna and Dimple Kapadia, was born on December 29, the birthday of her father Rajesh. Superstar Rajesh was extremely happy on the birth of his elder daughter. When he fell ill, he himself used to go to the doctor with his daughter, but when Rinke Khanna was born, it was such a condition that even forgot to name the daughter. 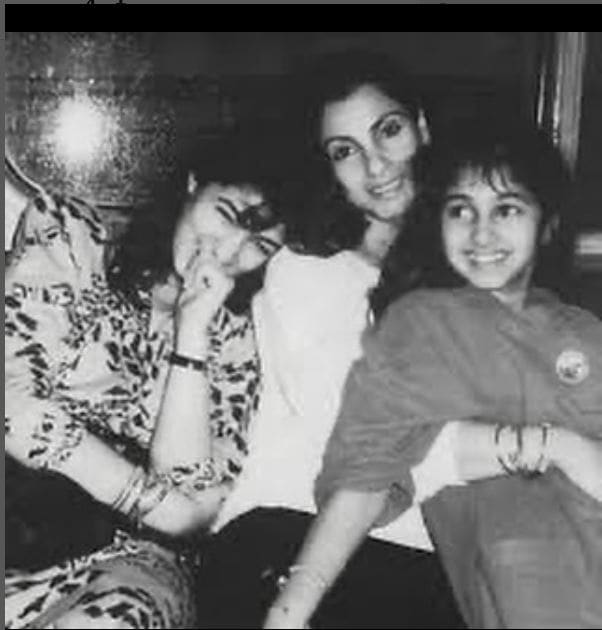 Tough times for Dimple Kapadia
It is said that Rajesh Khanna had banned him from working in films after marrying Dimple Kapadia. Dimple also did what Rajesh liked. She used to wear clothes of her choice. Even met the same people whom Rajesh would have liked to introduce. When Dimple, who had spent herself completely on the wishes of her husband, when she became a mother for the first time, she was completely involved in the care of the child. But things related to his personal life kept getting published in magazines every day. Many times it was reported that filmmakers want to take Dimple in their films, and Dimple is waiting for her husband’s consent.

Rajesh Khanna was disappointed on 27 July 1977
By the third year of her marriage, Dimple started living badly upset and frustrated by such news and to a large extent Rajesh Khanna’s behavior. They had no idea what to do. Right now, she was upset in this confusion that it was found that she had become pregnant again. Rajesh hoped that he would have a second son. But on July 27, 1977, Dimple Kapadia gave birth to a second daughter, due to which Kaka got a big shock. According to film journalist Ingrid Albuquerque, ‘Rajesh had not even looked at his second daughter properly for several months. The family even forgot to name this little girl. Later this girl was named Rinki. Rinki’s innocent antics had won his father’s heart
In the beginning, Rajesh Khanna was upset about the fact that the second child is not a son. At that time, his career was also going through a bad phase, but later little Rinki won Rajesh Khanna’s heart with his mischief and controversies. Then both his daughters became life for Rajesh and loved him very much. Rinki remained very close to her father at the last moment and also took great care of him. (This information has been taken from Yasir Usman’s book ‘Rajesh Khanna, Kuch To Log Kahenge’).

Rinke Khanna stays away from glamor
Talking about Rinke Khanna’s personal life, the actress tried to make a career in films but when she did not get success, she kept distance from the world of Lime Light. Rinke married businessman Sameer Saran in the year 2003 and shifted to UK. Rinki and Saran are parents to a daughter.