Nick Jonas, husband of Desi Girl Priyanka Chopra, shared some pictures on his Instagram. In these pictures, the couple can be seen giving a romantic pose in the midst of Lake Tahoe. Nick Jonas has called these beautiful moments spent with Priyanka ‘Magic Hour’. Let us tell you that earlier Priyanka Chopra was seen cheering Nick Jonas while playing golf in a video. This video of the couple was well-liked on social media. Now fans are lavishing love on their new adorable pictures.

Priyanka-Nick’s ‘Magic Hour’
Nick Jonas, sharing his picture with Priyanka, wrote in the caption, ‘Magic hour’. He has also shared a red heart emoji in the caption. According to Nick’s caption, these adorable pictures of the couple are from Lake Tahoe, where they had a lot of fun while spending their quality time. great looking couple
In the pictures that surfaced, Priyanka-Nick can be seen giving romantic poses together on the boat in the middle of the lake. Talking about the look of the star couple, the desi girl is seen in an orange dress. She completed her look by carrying a black jacket. On the other hand, Nick is looking quite handsome in an all black outfit. In the pictures, the couple can be seen enjoying the boat ride. 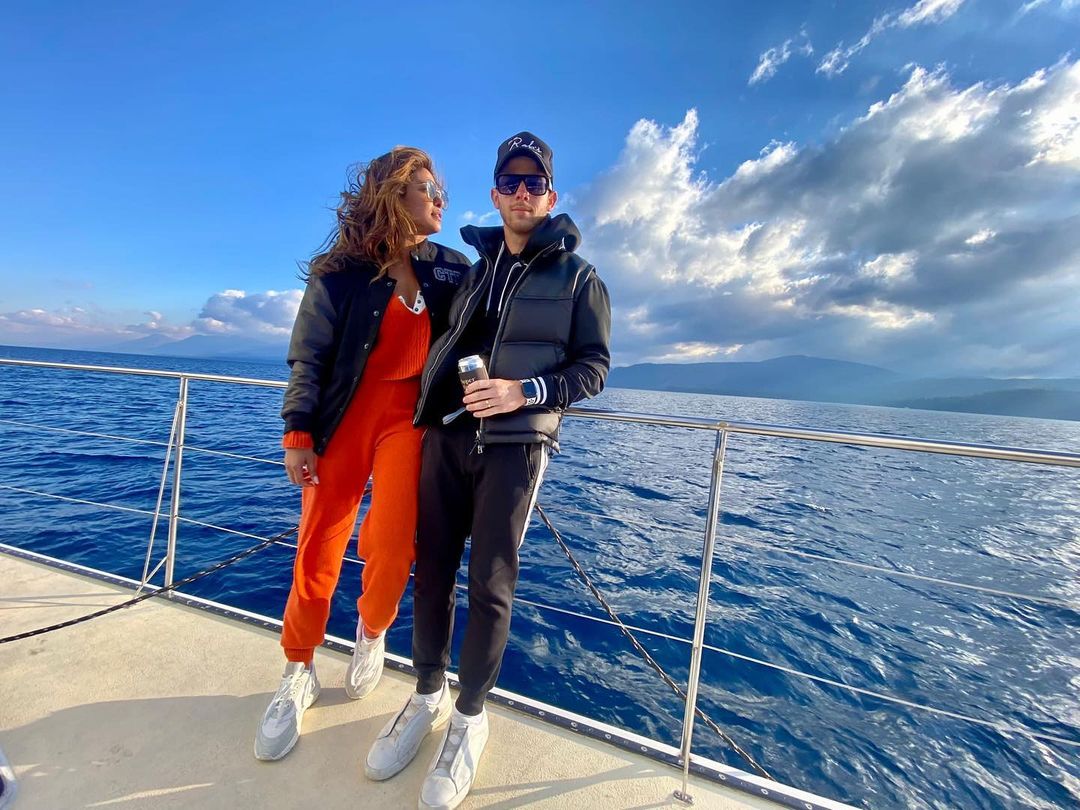 Stays very active on social media
Let us tell you that Priyanka Chopra has been away from India in Los Angeles for a long time. She is enjoying her parents hood with her husband Nick Jonas there. The couple welcomed their daughter Malti Marie through surrogacy earlier this year. She is in constant news after the birth of her daughter. Apart from this, Priyanka is constantly registering her presence on social media and is constantly winning the hearts of her fans by sharing her adorable pictures and videos. upcoming movies
On the work front, Priyanka Chopra will soon be seen in the upcoming project ‘Text for You’. Apart from this, she also has a film based on Shilpi Somaaya Gowda’s novel ‘The Secret Daughter’, in which she will be seen with Sienna Miller. At the same time, she will also be seen in Farhan Akhtar’s upcoming film ‘Jee Le Zara’ with Alia Bhatt and Katrina Kaif.