Pratiek Babbar Birthday: Pratik Babbar’s childhood was difficult, now he is dreaming big about his mother

Mumbai: Veteran actress of Hindi cinema Smita Patil. And Raj Babbar’s son Prateik Babbar has seen the truth of life very closely. Born on 28 November 1986, Prateek is trying to fulfill the dreams seen by his mother Smita. With the passion of becoming a good actor, Pratik is slowly moving towards success. There have been many ups and downs in Prateek’s life. Let’s tell the wish of the actor on his 36th birthday

Prateik Babbar, son of strong Hindi cinema actress Smita Patil and well-known actor-politician Raj Babbar, had a difficult childhood. Smita passed away a few days after Prateek’s birth. Mother was not there, father did not have time, in such a way Prateek got addicted to drugs. When Prateek started taking drugs, he must have been barely 12 years old. Prateek was also sent twice to the rehab center to get rid of drug addiction. The actor had said in an interview to the media that ‘my father did not have time for me. Everyone used to tell me the success story of my mother, but I always felt that why mother is not with me?’.

Prateik Babbar started his career in advertising
Prateik Babbar was brought up by his maternal grandparents and the actor got rid of drug addiction with great difficulty. However, with time, Prateik Babbar took care of himself, now he takes special care of his fitness and diet and is active in the acting world. Please tell that Prateek worked as an assistant with ad filmmaker Prahlad Kakkar before making his acting debut. He himself also worked in ad films, then after working in films like ‘Jaane Tu Ya Jaane Na’, ‘Dhobi Ghat’, ‘Ek Deewana Tha’, ‘Mulk’, ‘Ishq’, Prateek worked in many web series like ‘Hickups and Hookups’. Worked in series. 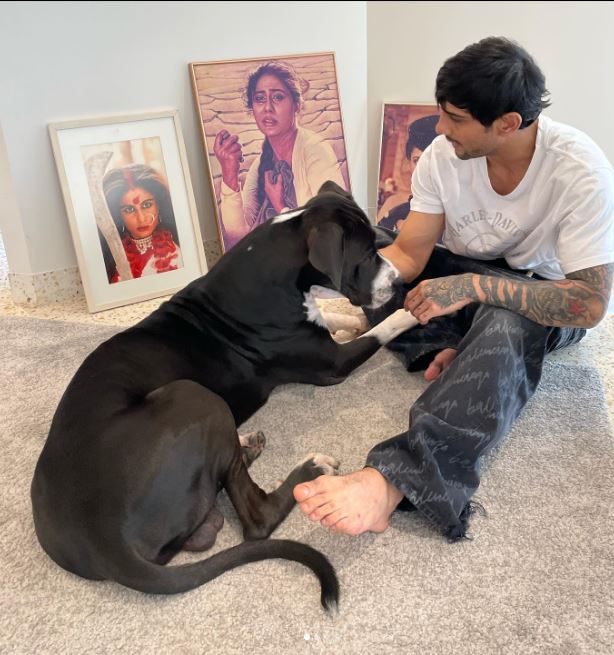 Pratik wants to act like Smita Patil
Prateek wrote such a success story on the basis of his hard work that those who used to criticize him now think of casting him in their film. Although Pratik has not yet found a big name in the acting world like his mother and father, but he is trying. Recently, in an interview given to Navbharat Times, Prateek said, ‘I want to play a challenging role. Generally, actors want to become superstars, want to do hit films, want to earn money and fame. But my aim is a bit different, I want to do justice to my mother’s legacy, I want to make her name famous, so I try to play new characters so that my mother’s reflection is visible in my work. My aim is to carry forward the legacy of my mother.

Prateik Babbar is married to Sanya Sagar
Talking about Prateik Babbar’s personal life, Sanya Sagar is his life partner. Both of them got married in the year 2019 after knowing each other for a long time.