Sharing a picture of her perishable goods on Twitter, Nimrat Kaur wrote, ‘Delta, I have come to know that your operations in India are no longer working. Please help me by raising this matter here to draw your attention to this matter and resolve this extremely tense situation.’

written long post
Nimrat Kaur also wrote two long notes with this tweet, in which she shared her travel experience. The actress alleged that her flight was delayed by 40 minutes due to canceled and delayed flights. However, when she reached Mumbai after a tiring journey, she came to know that her bag was missing. Goods found in damaged condition
She further elaborates that when she got her bag back after trying hard, it was in a very bad condition. They found the bag broken and damaged. Seeing the condition of the bag, it seemed as if someone had tried to break its lock. I am scared wondering whether such a violation is possible with a passenger or a privileged passenger? I am tired not only mentally and physically but also with this 90 hour count. Although I know very well how to deal with this dreadful situation. In the end, I am fully prepared as to how this matter will be resolved and complete harassment will be dealt with. 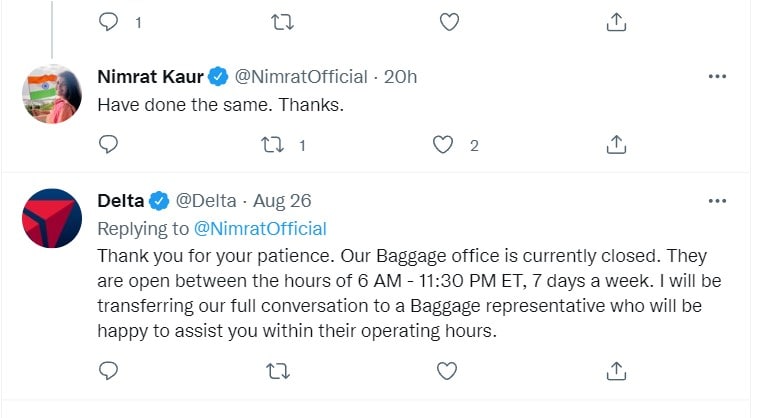 The airline responded immediately
The airline immediately responded to this tweet by Nimrat Kaur and wrote, ‘Thank you for your patience. Our baggage office is currently closed. They are open 7 days a week, between 6 am and 11:30 pm. I will transfer my entire conversation to a baggage representative who will be happy to assist you within hours of your operation.’