Vikram-Vedha New Poster: Ever since the teaser of this year’s most awaited film ‘Vikram-Vedha’ has been released, it has taken the audience’s expectations about this film to the next level. While the audience is eagerly waiting to see the next glimpse of the film, the makers have finally released the new poster of the film, featuring never-before-seen leads Hrithik Roshan and Saif Ali Khan. Visible in avatar.

In such a situation, all the fans of Vikram Vedha who want to know when the makers of the film are going to release the much awaited trailer of the film, then tell them that that day will be Thursday i.e. 8th September. The new poster of Vikram Vedha, directed by Pushkar and Gayatri, is indeed quite spectacular which has ignited a new fire. This poster brings together Hrithik Roshan and Saif Ali Khan in a single frame for the first time which is nothing less than magic to see.

Apart from this, the poster says a lot about the scintillating action that the audience will face on screen as Hrithik can be seen in a sliding position holding a gun while on the other hand Saif can be seen in his aura of a cop. Giving killer expressions in the shooting position while keeping it with you. The release date of the film’s trailer has also been given on this poster of the film. It can be said that this new poster of the film looks attractive and is definitely a big excitement for the fans of Hrithik and Saif. 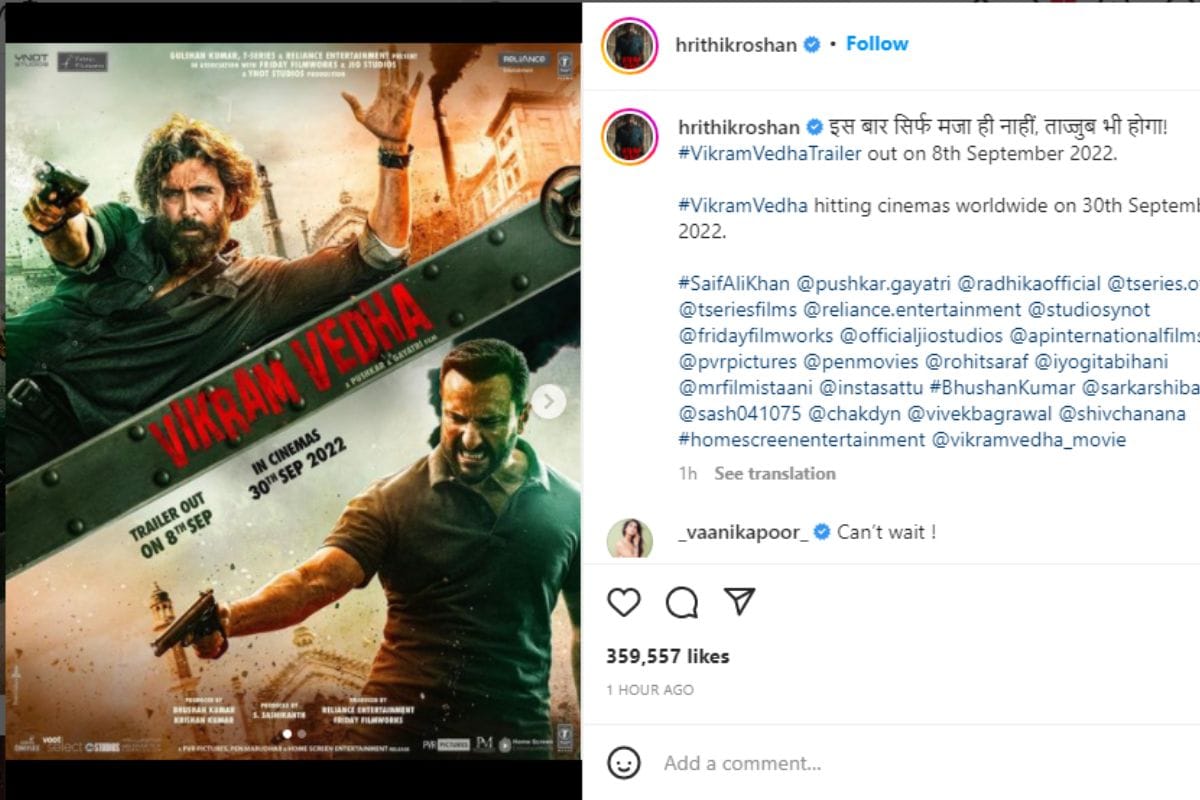 Vikram Vedha is presented by Gulshan Kumar, T-Series and Reliance Entertainment in association with Friday Filmworks & Jio Studios and YNOT Studios Production. The film directed by Pushkar and Gayatri and produced by Bhushan Kumar and S Shashikant and will hit the big screens globally on 30 September 2022.