Ranveer Singh is making headlines everywhere these days because of his pictures. He had recently got a nude photoshoot done, about which there has been a lot of uproar. There is a constant buzz on social media about his photoshoot. At the same time, a case has also been registered regarding his nude photoshoot. However, despite all this, Ranveer is getting a lot of support from the film industry. After Ranveer Singh’s wife actress Deepika Padukone, Alia Bhatt, Arjun Kapoor and director Ram Gopal Varma, now veteran actor Milind Soman has also supported him. has done.

Milind Soman has shared a reaction on Ranveer Singh’s photoshoot. Through this post, he cheered Ranveer in the midst of trolling and shared his feeling. 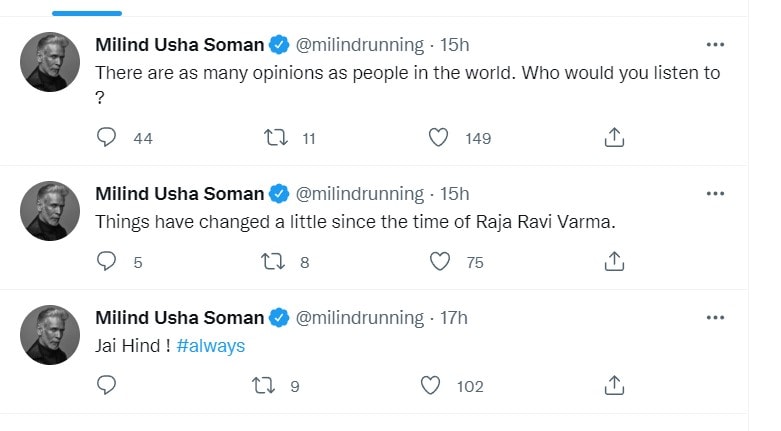 Post written by Milind Soman
Sharing a note on his social media handle, Milind wrote, “There are many opinions in the world just like people. Who will you listen to?” In another post, he wrote, “Things have changed a bit since the time of Raja Ravi Varma”. Although Milind has not named anyone in his tweet post, but there is speculation about his note that he has written this note to cheer Ranveer. Remind you that even in 2020, Milind had done his nude photoshoot on the occasion of his 55th birthday, in which he was seen running nude on the beach of Goa. It is said that this photo of him was clicked by his wife Ankita Konwar.

Raksha Bandhan Special: From Samantha Ruth Prabhu to Mahesh Babu, know about the siblings of these celebs