Kangana Ranaut is looking for location for her film Emergency, had to work in the scorching sun

Mumbai. These days Kangana Ranaut is very busy with her upcoming film Emergency. This film is quite popular and its news is coming to the fore since its release. Now Kangana has also intensified the preparations for her film.

Before the shooting of the film, Kangana has racked up the location. Its photos have been shared by Kangana Ranaut on her social media accounts. 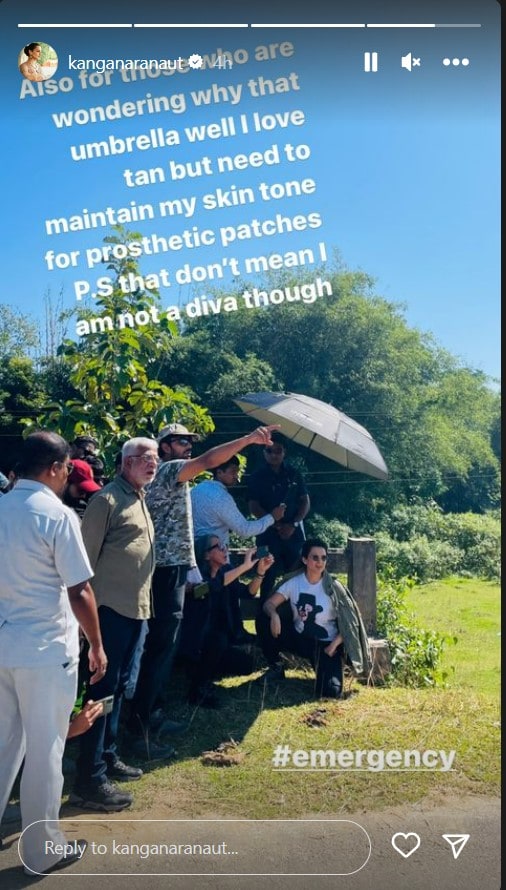 In these photos, Kangana is seen raking up the location with her film crew. (Photo Credits – Instagram @ kanganaranaut)

Kangana was seen doing racket with the team
Kangana has posted photos on her Instagram. In these photos, Kangana is seen raking up the location with her film crew. An assistant is holding Kangana’s umbrella. Along with the photo, Kangana has also posted the caption.

In which he wrote that if you are thinking something by looking at the umbrella, then it is to avoid the sun. Let us tell you that there is a lot of discussion about Kangana Ranaut’s film Emergency. News about this film keeps coming on social media.

Kangana to play Indira Gandhi
Please tell that Kangana Ranaut will play the role of Indira Gandhi in the film. Shreyas Talpade is also going to be seen in the film along with Kangana. Along with this, Anupam Khair is also going to play an important role in this film. Kangna has already released the poster of the film. Kangana Ranaut is also directing the film. Now the audience is eagerly waiting for this political drama. At the same time, Kangana is also engaged in the film with full vigor.