Kangana Ranaut again took a jibe at Mahesh Bhatt, shared the old VIDEO and asked- ‘Why did you change your real name to ‘Aslam’?

The actress further said that when she had converted, she should not represent any particular religion. Kangana took to Instagram Stories on Sunday to share an old video of Mahesh Bhatt. The actress made some statements about Mahesh Bhatt’s religion, real name in the caption accompanying the clip. 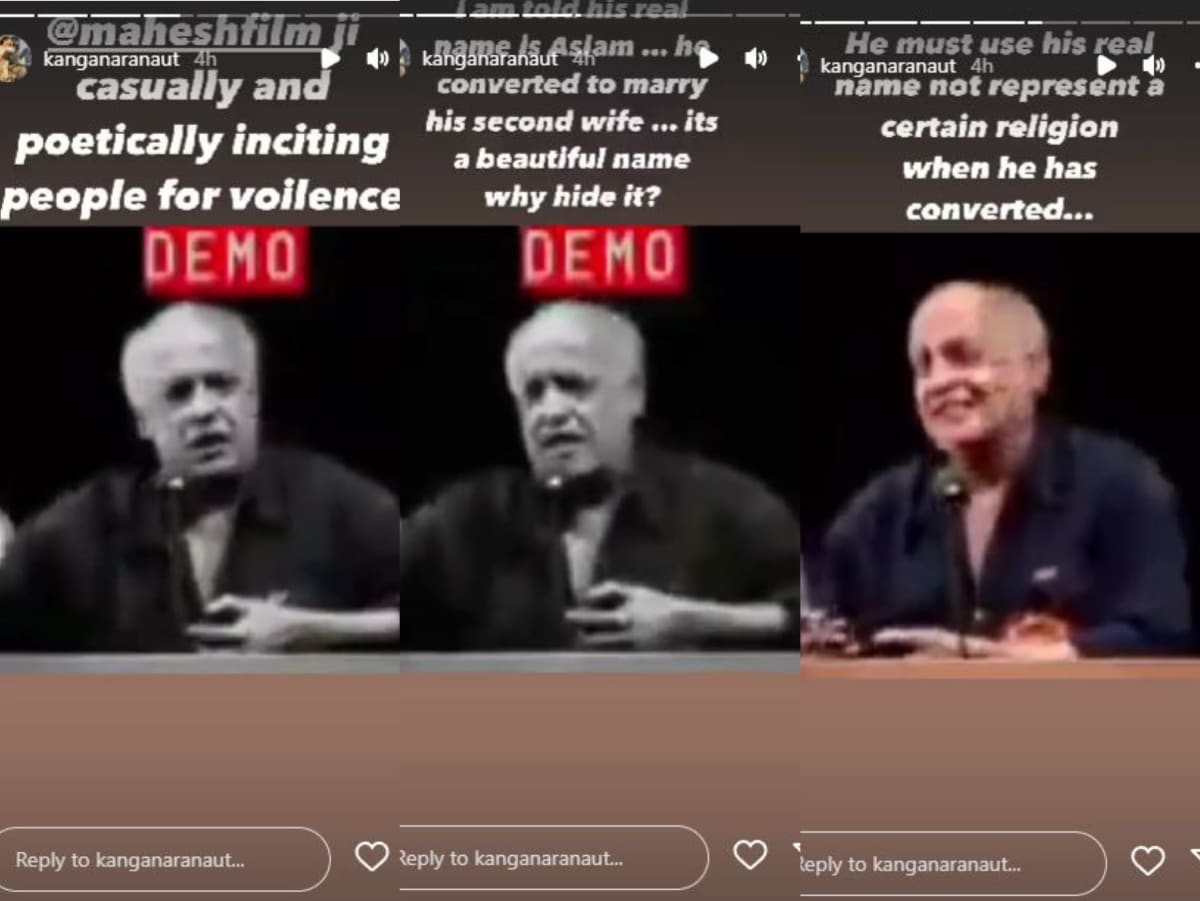 Mahesh Bhatt accused of inciting people to violence
Along with a clip of Mahesh’s old speech, Kangana Ranaut wrote, ‘Mahesh ji is very carelessly and lovingly inciting people to violence.’ Sharing another clip from the same video, he wrote, ‘I have been told that his (Mahesh Bhatt) real name is Aslam.’ Let us tell you that Kangana Ranaut made her Bollywood debut with the 2006 film ‘Gangster’, which was supported by Mahesh Bhatt.

Kangana Ranaut took a jibe at Mahesh Bhatt’s conversion
The caption further read, ‘He had converted to marry his second wife (Soni Razdan). In the caption of another clip shared by Kangana, there is also a statement regarding Mahesh’s name, which reads, ‘He should have used his real name. When they have converted, they should not represent a particular religion.

Kangana Ranaut had accused Mahesh Bhatt of assault
Kangana had accused Mahesh of assaulting her in the year 2020, when he rejected the film ‘Dhokha’, directed by his daughter and filmmaker-actress Pooja Bhatt. Earlier this year, Kangana took a jibe at Mahesh Bhatt and his daughter ahead of the release of Alia’s film ‘Gangubai Kathiawadi’. Kangana shared a note on her Instagram story saying that the biggest mistake of the film is ‘wrong casting’; He called Alia a ‘daddy’s angel’ and Mahesh a ‘movie mafia’.