In the pictures shared on social media, below the picture of Sushant Singh Rajput on the T-shirt, a message reads, ‘Depression is a feeling of drowning.’ On Tuesday, when a fan shared a picture of a T-shirt featuring Sushant’s picture, ‘Boycott Flipkart’ started trending on Twitter. Let us tell you that the actor was 34 years old when he was found dead at his house in June 2020. 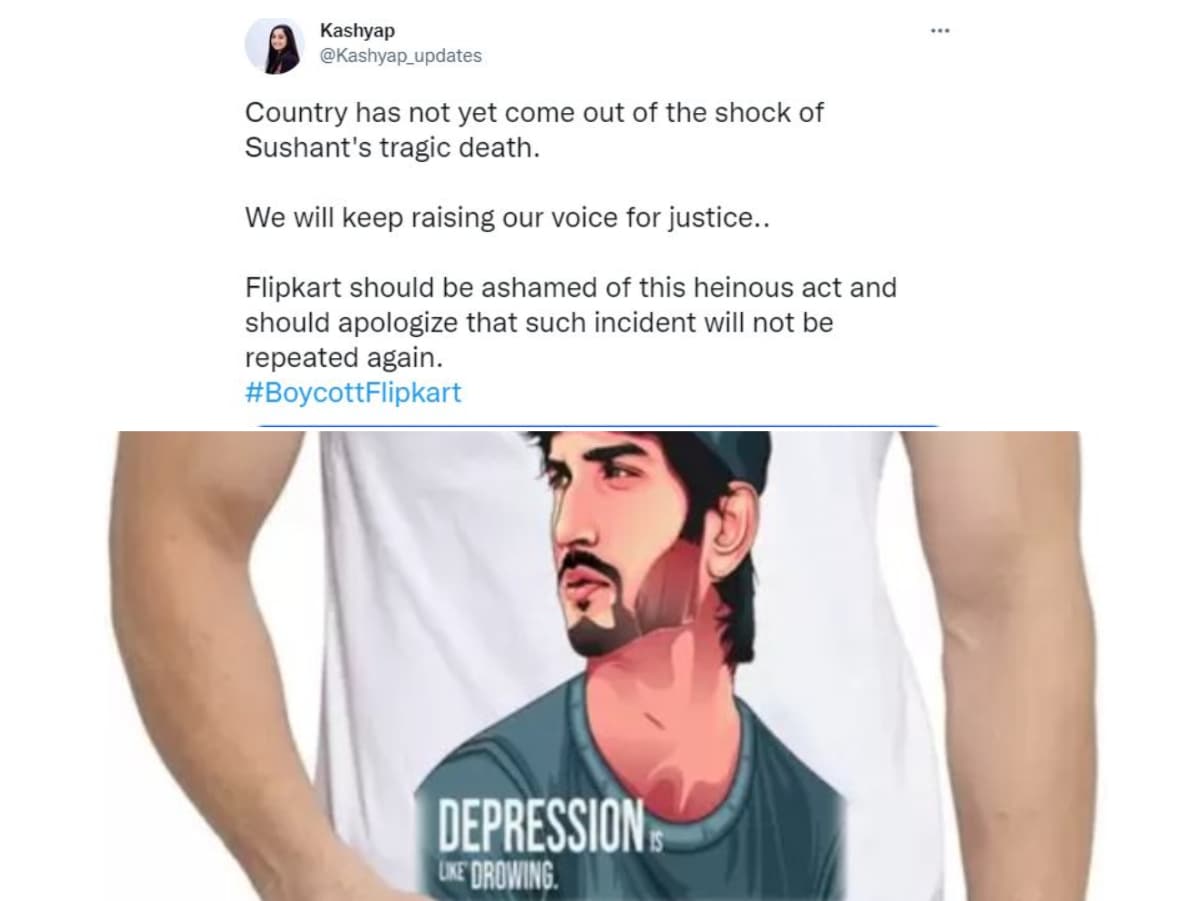 flipkart removed tshirt from site after protest
The message on the T-shirt by Flipkart indicated that Sushant had died by suicide, prompting fans to express their anger. Some people demanded an apology from Flipkart and removed this T-shirt from its website. T-shirt is no longer available on the site.

People want Flipkart to apologize
Fans of the late actor have posted screenshots of a Flipkart T-shirt featuring Sushant’s picture. Many fans expressed surprise. Some were shocked by the company’s ‘insensitive’ attitude, while others called it a propaganda against the late actor. While sharing the screenshot on Tuesday, a fan wrote, ‘The country has not yet come out of the shock of Sushant’s tragic death. We will continue to raise our voice for justice. Flipkart should be ashamed of this bad act and apologize that such incident will not happen again.

Sushant’s fans accuse the company of cheap marketing
Some people called the company’s move to sell such T-shirts as rubbish. ‘Now what the hell is this Flipkart? Labeling a specific picture of a dead person as ‘depression’. What kind of cheap marketing is this?’ Another person tweeted with the hashtag ‘boycott flipkart’, ‘Shame on you Flipkart. You want to defame a person who is no longer in this world to defend himself.