The starcast of ‘Ek Villain Returns’, a sequel to the film ‘Ek Villain’ released in the year 2014, had done a lot of promotion before the film’s release. The benefit of which has been seen in theaters on the very first day. The film has been successful in earning good money on the first day of release. Although the film did not get good reviews from critics, its audience is liking the film.

‘Ek Villain Returns’ did well on the first day
The suspense thriller film ‘Ek Villain Returns’ directed by Mohit Suri has started well at the box office. The film earned 7.05 crores in theaters on the very first day. Although it was being estimated that the film could open between 6 to 7 crores, but the film went a little ahead of the expectation. The film had earned around 2 crores through advance booking. Hopefully the film will be able to do better business in the weekend. Eminent critic Taran Adarsh, while stating the latest figures of the film’s earnings, has said that the film has done better business in metro cities. 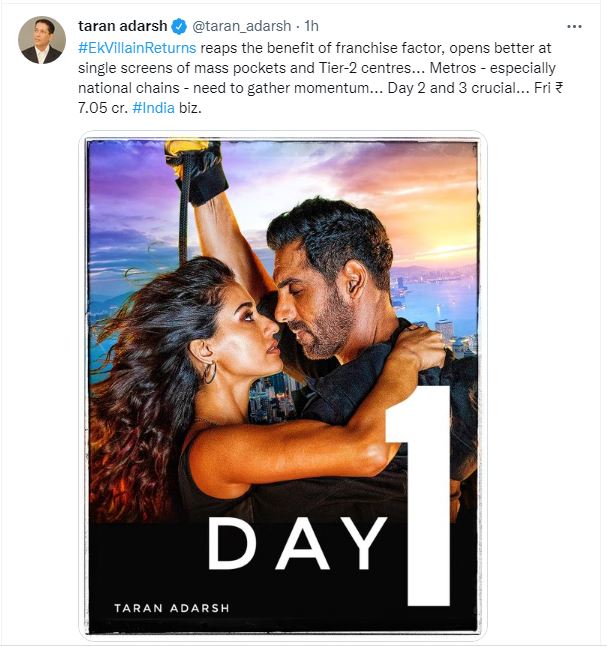 Also Read – John Abraham Is The Most Expensive Star In Ek Villain Returns! Know who took how much fees from Disha Patni to Arjun Kapoor

Bhojpuri: Lata Mangeshkar’s voice-nighting on Rakhi is forged in every sister’s throat