New Delhi. There was a question in the minds of fans about Aryan Khan, son of Bollywood’s ‘Badshah’ Shahrukh Khan, that when he would debut in Bollywood. At the same time, Aryan has already removed the curtain from this secret by posting a post on his social networking site Instagram account.

Yes, for those who were waiting for Aryan’s debut on the big screen, the star kid himself has given good news. Let me tell you, Aryan has shared a picture on his Insta, in which the script of a film is visible and Aryan’s name is written on that script. Along with this, the name of Red Chillies Entertainment is also visible in the picture. 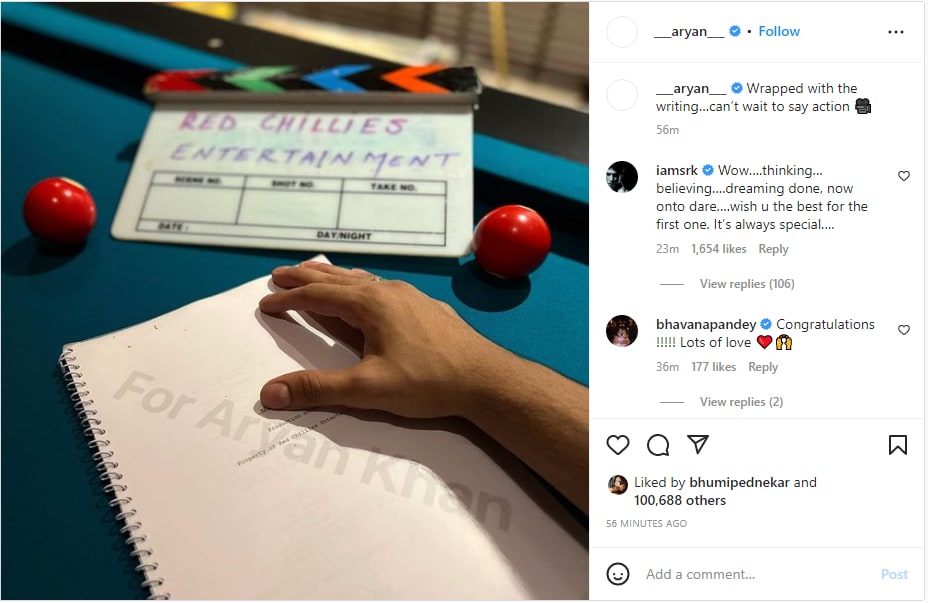 Sharing this picture, Aryan wrote in his post, ‘Writing is complete… Can’t wait for the action.’ It is clear from his post that he will debut in Bollywood with an action film and his script is now complete. As soon as Aryan shared this picture of him, it has spread on social media.

Whereas, on the post of Aryan Khan, his father Shahrukh Khan Also expressed happiness by commenting. Commenting on Aryan’s pose, Shahrukh wrote, ‘Wow… I am thinking… I am believing… The dream has come true, now dare… Wish you all the best for your first film. It’s always special…’