Well-known playback singer Bamba Bakya of South Music World passed away in a private hospital in Chennai. Recently he was admitted to the hospital due to illness but he could not win the battle of life and breathed his last in 49 years. Bamba Bakya often shook hands with AR Rahman and was known for his deep baritone. His last release was Ponni Nadhi from AR Rahman’s Ponniyin Selvan.

Bamba Bakya passed away at the age of 49

Bamba Bakya was taken to a private hospital in Chennai on the night of 1 September after complaining of uneasiness and died last night. The sudden demise of the singer has shook the entire Tamil industry. Bamba Bakya was known for his unique voice. He sang superhit songs like Simtangaran from Sarkar, Pulinangal from Rajinikanth’s 2.0 and Kalame Kalame from Bigil. His song Raati from his album got a lot of appreciation from the music lovers.

This song is one of my favorite. Going to miss you sir #bambakya #RIP sir. pic.twitter.com/fYyjal3Dsu

Bamba Bakya also sang the song for ‘Ponniyin Selvan’
Recently, he lent his voice to a few lines in Ponniyin Selvan’s Ponni Nadi. It is said that the singer gave vocals to another song in Mani Ratnam’s ‘Ponniyin Selvan’. Apart from all these projects, Bamba Bakya had also introduced famous songs like Sarvam Thala Mayam, Anbarivu, Iravin Nizhal, Action and Ratsasi in his voice. 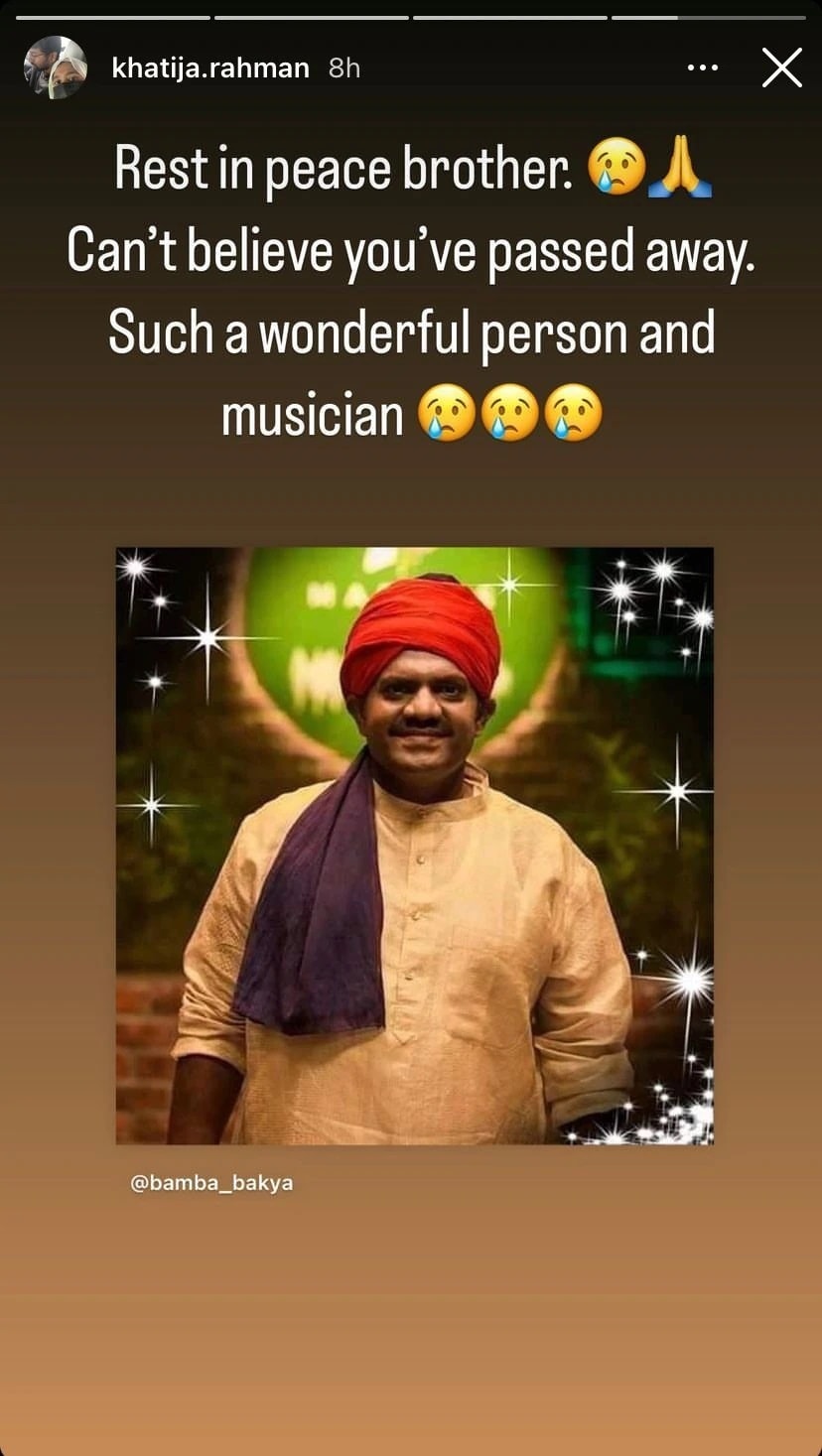