Athiya Shetty, daughter of Bollywood actress and Suniel Shetty, remains in the headlines for her love life. She is in a relationship with Indian cricketer KL Rahul and both are dating each other for a long time. There have been reports about the marriage of both of them many times, but both of them have kept silence on this matter so far. Both Athiya and KL Rahul are active on social media and often share glimpses of their love for the fans. Recently, Athiya has shared her favorite picture with her love, seeing which fans are now questioning her about her marriage.

There is a close bonding between Athiya Shetty and KL Rahul. This is not only visible from their pictures but also from the care of both of them about each other. Team India’s vice-captain KL Rahul has recently had a successful operation for a sports hernia in Germany. Athiya was with him during this time. Rahul is fine now. Athiya has also shared a romantic picture of herself.

KL. Sharing this happy picture with Rahul, Athiya wrote in the caption – ‘Favorite one’. Along with this, he has also shared the monkey emoji. In this picture, both Athiya and KL Rahul are looking very happy. In the picture, Athiya is seen wearing a green shirt while Rahul is wearing a white T-shirt. 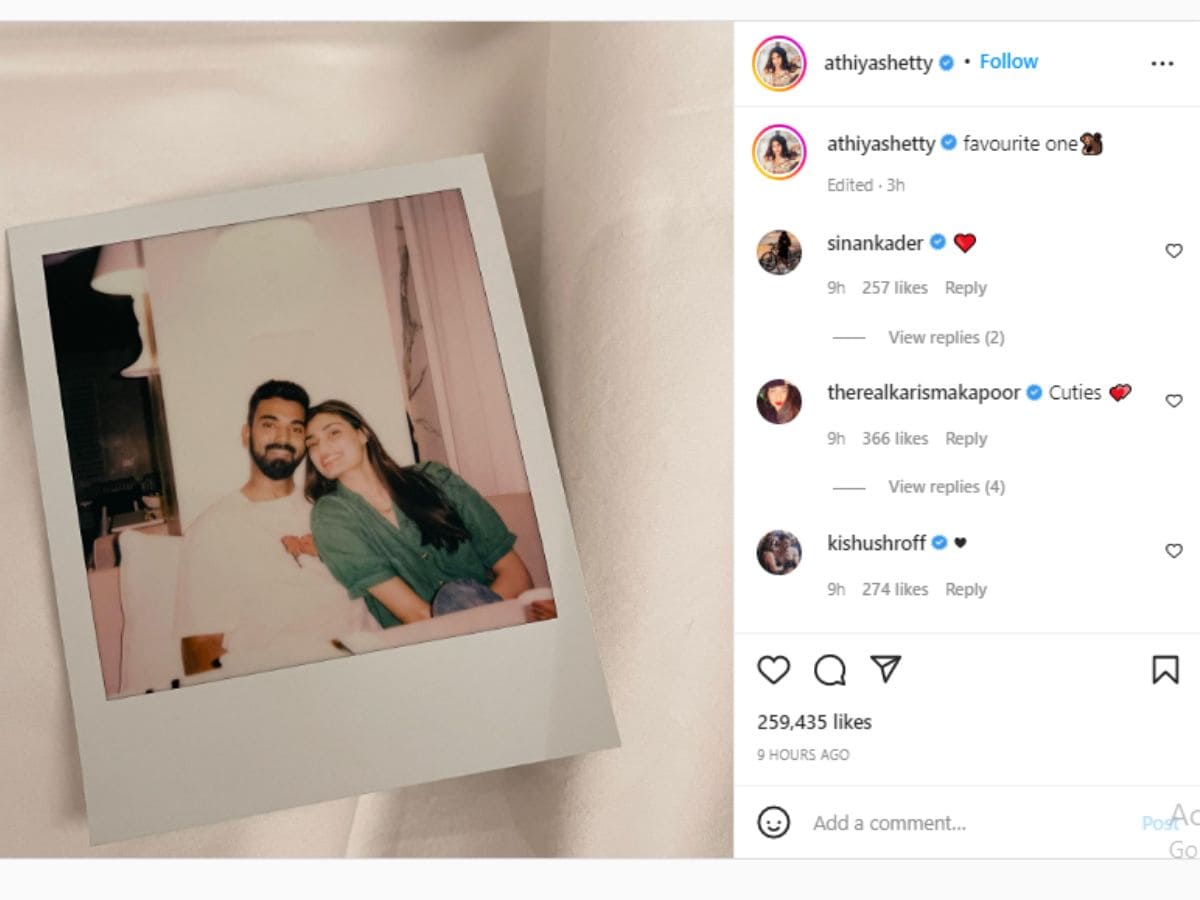 Let us tell you that Athiya and Rahul are dating each other for almost 3 years. KL Rahul came in front of the public for the first time with Athiya when the film ‘Tadap’ of the actress’s brother was released. Recently, there were reports about the marriage of both of them that both can get married by January or February next year.

Anupama fame Aneri Vajani fell in love, said- ‘Yes I am in love, but…’