Annu Kapoor Whenever he comes on screen, he mesmerizes the audience with the magic of his acting. Annu, a popular artist of small and big screens, does wonders in every role, be it the film ‘Mr India’ or ‘Vicky Donor’ or the TV show based on Antakshari. Annu is once again going to be introduced to the audience with the Amazon Prime Video series ‘Crash Course’. Talking about the popularity of the OTT platform, the actor said that the actors who used to shy away from appearing on the small screen have now started coming.

In the upcoming web series ‘Crash Course’, Annu Kapoor will be seen in the role of a ruthless businessman who makes life difficult for students preparing for engineering in Kota. Although the actor is not at all like this in his personal life. Talking to Hindustan Times, the Veteran actor talked about his 40-year long career and told about his character and the changing times.

Annu Kapoor wanted to become an IAS
Annu Kapoor has been a brilliant student. The actor told that 93% marks were obtained in the 12th board examination. I was not interested in acting, I wanted to serve the country by becoming an IS. But I am in this entertainment world and I am one of those idiots who take their work very seriously.

One has to work tirelessly even for bread.
Annu Kapoor, while talking about the change in the entertainment world after OTT, said that ‘the big stars who used to shy away from appearing on TV earlier are now seen indiscriminately, because money is being received. We are all working for money. Sometimes projects have to be done even if the content is not liked. Sometimes there is frustration too, but what to do, even if you have to arrange for bread. I also have to take care of my family. I am not Amitabh Bachchan or Shahrukh Khan. Even after 40 years, I am only a small struggling actor. In this country no one cares how dedicated and talented actor you are, if you are handsome or if you haven’t done some films as a hero then everything is fine. 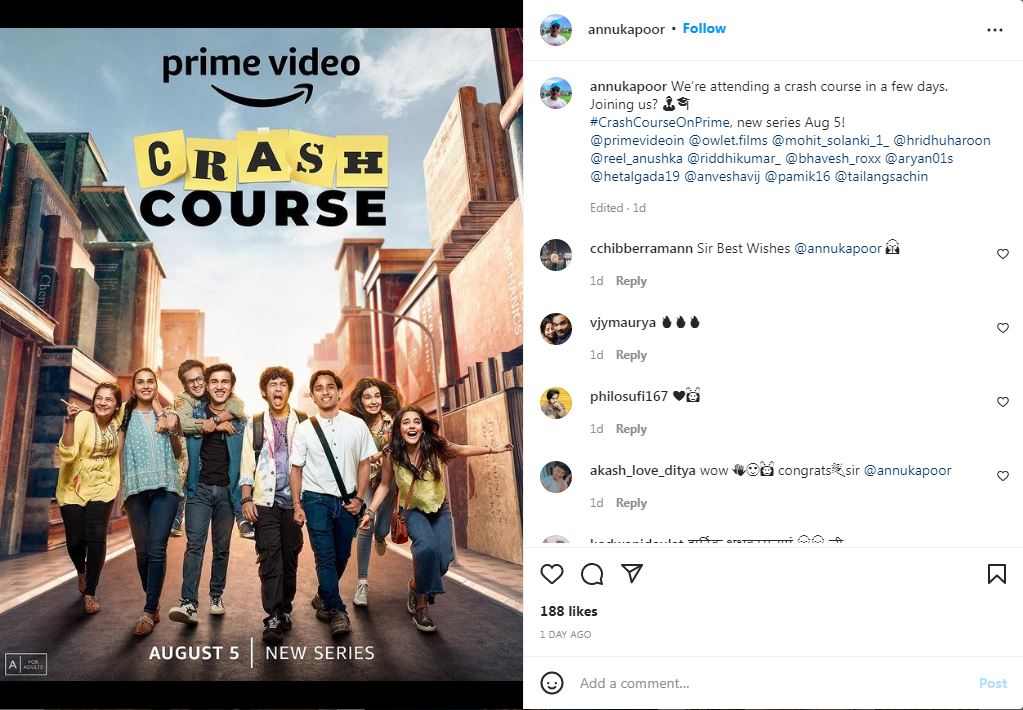 Also read- Not only Annu Kapoor, Hansal Mehta has also been robbed and said – ‘India is defamed just like this’

Annu Kapoor will be seen in a different style in ‘Crash Course’
Annu Kapoor is in the role of Ratanlal Jindal, the owner of a coaching institute running in Kota in this series. The actor said that there are many shades in my character. My character is very ambitious and wants to run his rule, due to which it becomes very cruel at times. This 10-episode series revolves around the life, struggle, coaching center and education of the students.

DUNKI: Shahrukh Khan will shoot in London-Europe with Taapsee Pannu, will sing a song on a bike in Punjab!

Due to the controversial photoshoot of Ranveer Singh, Mumbai Police reached his house, did not meet the actor