Ajith Kumar, the superstar actor of Tamil cinema, is known for his strong acting. He has already proved his iron in the entertainment world. His films get a lot of love from the audience. In such a situation, now the actor is raising his flag in rifle shooting as well. According to the information revealed, the actor took part in the 47th Tamil Nadu State Shooting Championship (Ajith Kumar Wins four gold medal), where he won four gold medals. Along with this, he has also won 2 bronze medals. 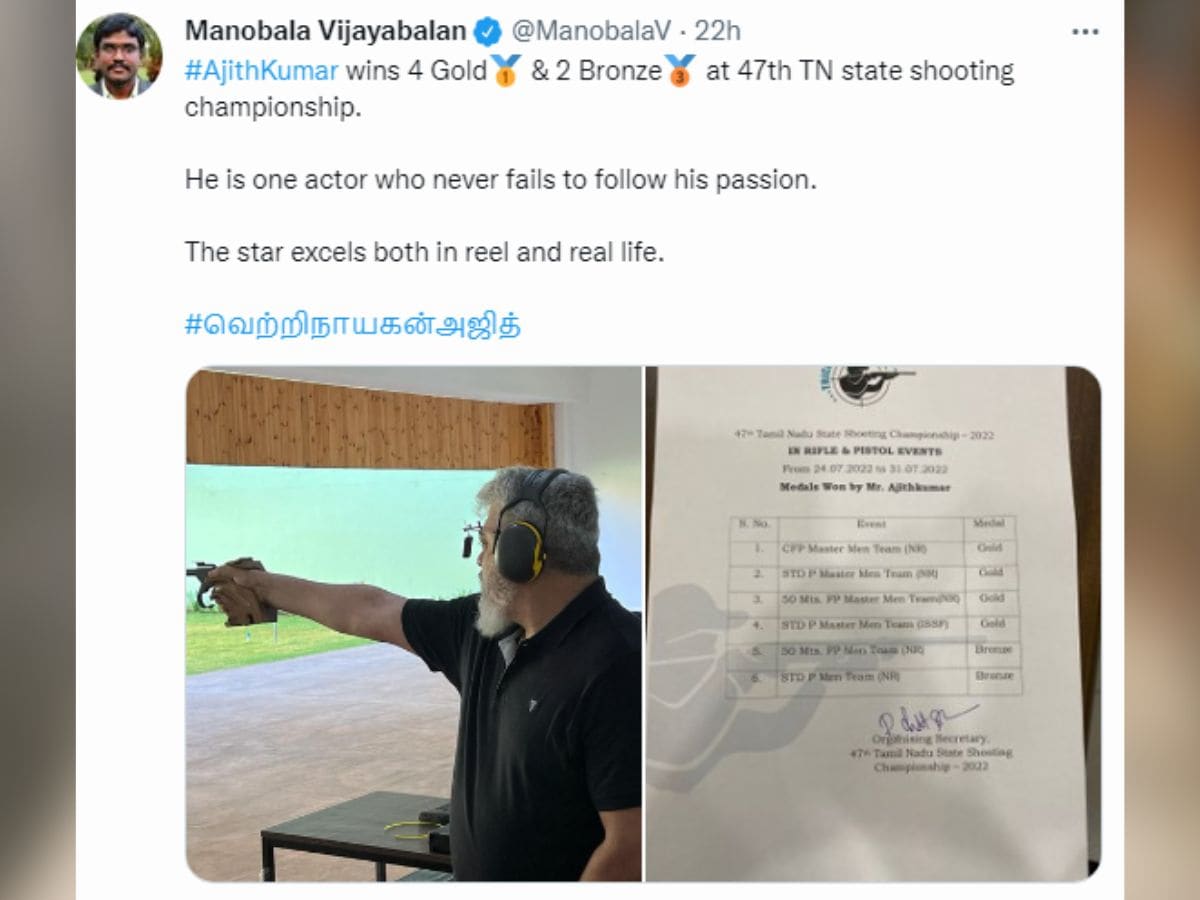 It is worth noting that actor Ajit is active in acting and cinema world. Apart from this, he is also fond of rifle shooting (Ajith Kumar Rifle Shooting). In his spare time, he fulfills his passion. Before appearing in films, actors used to shoot rifles only. Apart from this, he is also a good biker. Recently she has started shooting for her next film #AK61 (Tentative Title) with H Vinod. For this he has completed a long bike journey. Talking about the workfront, if reports are to be believed, the first look and name of Ajith’s film ‘AK61’ will be announced on August 13 on the occasion of Raksha Bandhan and Independence Day. Makers are planning now. This movie of his is being produced by Boney Kapoor. The actor was last seen in ‘Valimai’. This film of his was also produced by Boney Kapoor.

Lalit Modi-Sushmita Sen’s 9-year-old tweet goes viral, are the roots of their affair so deep?