AECL season 4 will be celebrated in Delhi, more than 300 celebrities will be seen playing cricket!

Over 300 celebrities to participate in season 4 of AECL

Stars like Sapna Choudhary, Milind Gaba will be included

Tournament to be held in Delhi from 7 to 15 September

Season 4 of Artist Event Cricket League (AECL) is going to start soon in Delhi. This league was waiting for more than 18 months. The fourth season of AECL will start from 7th September in which many celebrities like Haryanvi dancer and actress Sapna Choudhary, popular singer Milind Gaba and actor-turned-politician Manoj Tiwari will be seen. There will be a total of 31 matches in this series in which 16 teams divided into 4 teams will participate. Every day there will be 6 matches under this series and the winner team of this series will win a prize of 7.5 lakhs.

Recently the founders of AECL, Mr. Ashish Mathur, Sonia Mathur, Ashish Rathi and Vipul Gosai have released the complete list of these celebrities and teams. The inaugural ceremony of this cricket league will be held with full fanfare in Delhi, which will be flagged off by the Chief Guest, Anil Vij, Home Minister, Haryana and India’s Minister of Youth Affairs and Sports, Shri Anurag Thakur will toss the coin. 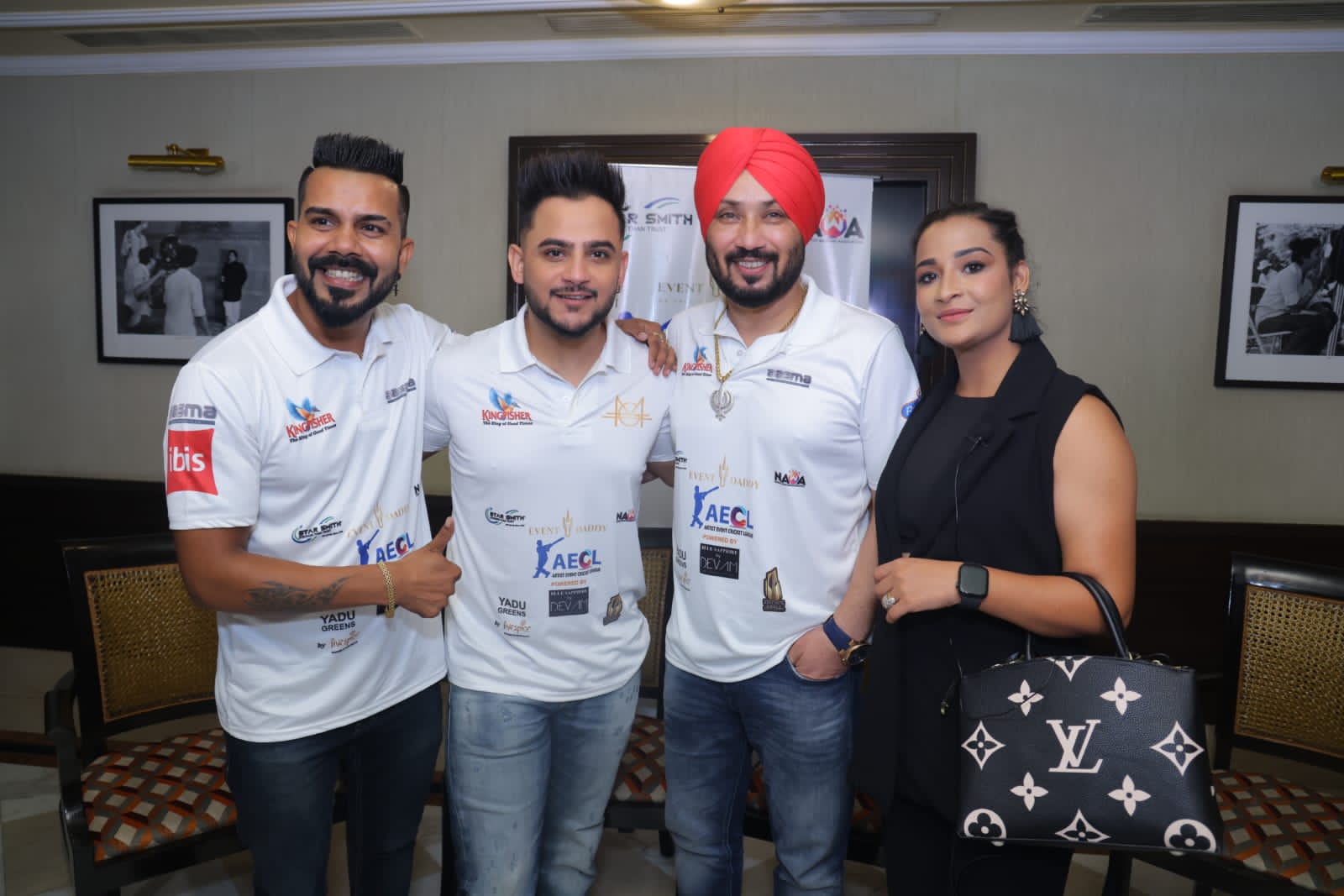 Singer-actor Milind Gaba with the founders of AECL.

AECL founder Ashish Mathur said, “The matches will be played with tennis balls with 12 overs for each side during the league phase and 15 overs for each side during the knockout phases. More than 300 celebrities will participate in these 16 teams. The main objective of this series is to bring together all the artists, event management companies on a single platform that respects entertainment and business. Cricket is a team game that has the potential to create opportunities to get to know each other better, share better bonding and this has already been seen in the last three seasons.