Aishwarya Rai turns 49 today. As soon as the birthday started, the former world beauty was getting birthday wishes from all over the country. Many Bollywood celebrities wished Aishwarya a birthday. 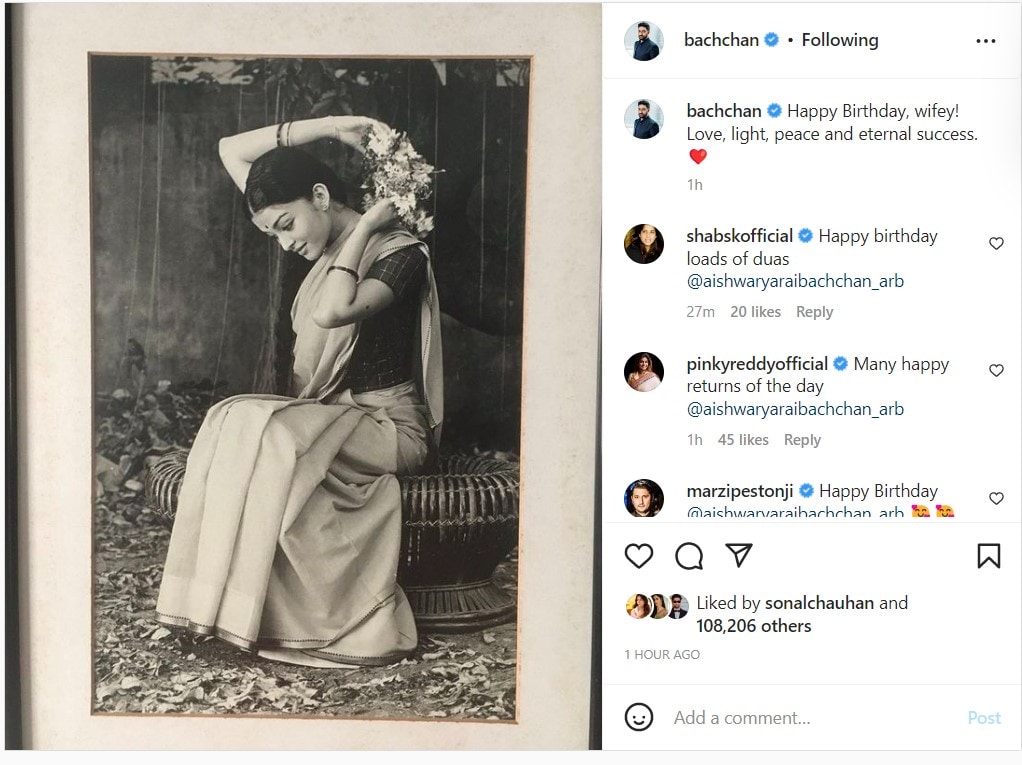 Abhishek Bachchan has wished Aishwarya on her birthday on her social media. (Photo Credits – Instagram @ aishwaryaaraibachchan_arb)